Because of our busy year-end schedule with the football tournament overlapping basketball, we’re a bit late with sharing the latest mail.  But we promise…the wait was worth it.  On our ‘bias’ towards winning, the NFL, Wheelersburg…and Jack Albers.  Read and prepare for the new year.

It is the busiest time of the year for Press Pros, and arguably…the best when it comes to reader response to columns posted in the past month.  Most, as usual, are appreciative.  Many are insightful.  And others…well, uh, show perhaps too much Captain and Coke.

We’ll begin with a recent note received from a favorite advocate of minority opinion…and of the glass being half empty:

“Pertaining to your November 29 column on top performances, you again showed your bias towards ‘jocks’ and the elite by completely ignoring many great performances by those other than the ones that get the usual headline attention.  There are many hard-working kids out there in band and show choir that are equally deserving, and you, sir, are complicit with the rest of culture by reminding us all that if it isn’t sports it doesn’t matter.  There are those who work just as hard to overcome cultural hardships and personal handicaps.  But no, your publication is consistent with its apparent disregard for the other stories that are just as much a part of the adolescent experience.  I cannot commend you for your preoccupation with the ‘winners’, but rather, I remind you of the suffering you contribute to through your neglect of those fighting for a more important outcome.  Take a moment to consider, and make it a happier new year for someone besides your ‘all-area’ team.  As always…!”   …  Syl

(Ed. Note:  My dear Syl, let’s let the two of us get off to a good start for the new year, OK?  As one with an extensive background in performing arts and ‘bands’ I would share this…that I regularly hear many that struggle to play the national anthem, and they know it.  So I don’t think they’re looking for attention.  Second, I think you speak of a tremendous personal opportunity to launch your own site that highlights the performing arts.  Go for it!  Third, I point to the fact that this is largely a sports site that does, by the way, share insight on the arts and those who have achieved by tuning to a different channel.  And last, it really is much easier to complain than to achieve through a sacrifice of any kind.  Ask any of the ‘winners’ you choose to neglect.  And happy ‘whatever-it-is-that-you-choose’ to celebrate in 2018.  As always…!)

For several years now we’ve catered to the relationship we have with those in the Wheelersburg, Ohio community, through their success in high school baseball under coach Mike Estep.  So it was nice to hear from this respondent pursuant to our coverage of the Pirates’ recent state title in Division V football: 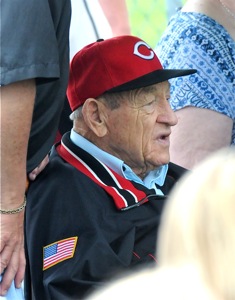 “Dear Press Pros, I want to take a moment to share my appreciation with the great words you wrote about the Wheelersburg Pirates’ win over Eastwood for the state football championship, and in particular your reference to Mr. Gene Bennett.  I was surprised.  My stepfather was a basketball official and worked with Gene, and always spoke of his (Bennett’s) pride in the kids who came out of Wheelersburg.  Your mention of him was a nice touch and a classy tribute to a great man.  Thank you.”  …  Harold Connors

(Ed. Note:  Mr. Connors, it’s always a pleasure to remember Gene Bennett, and particularly, his views on youth baseball.  For someone who had so much to do with the success of the Cincinnati Reds, Gene was just as impressed by those who enjoyed the simply pleasures of Little League in his hometown.  That is what made him so special, and that’s why people will always remember him in Wheelersburg.)

To our points made about the NFL during the warmer days of fall, there were too many responses sent to actually share, but those we do share now have a familiar, and consistent theme:

“I,  for one, am totally done with the NFL.  I watched for entertainment, not for highly overpaid boys (not real men) protesting. As a veteran, I served so they could do this, but it’s my free choice not to watch them now.   I am now a hard core high school fan. ‘Nuff said.”  … Dorothy Lammers

“I couldn’t agree more. I, too, am sick of what we see on Sundays. If the NFL shut down tomorrow I would be fine. The rest of us could get back to resting on Sunday. The rest of the football would be played for community and state.”  …  Chad Brogan

“I think of the NFL and Sunday football now as a sad commentary on those who persist in watching because they have no other outlet for sick entertainment.  I’m highly suspecting anyone who says they enjoy professional football when players celebrate by acting like a dog peeing on a bush (Odell Beckham).”  …  Rob Marko

“I remember one former NFL coach say that NFL stood for ‘no fun league’.  And that’s what it’s become.  It’s no fun to watch anymore.  Too political, too many games (Sunday, Monday, and Thursday), and the games are too long.”  …  Sean Gerry

“I was at the Bengals-Steelers debacle and was so very confused.  On the same field I saw everything from the Schuster hit (on Vontez Burfict) to a defensive back stepping out of the way for LeVeon Bell to waltz along the sideline for a touchdown.  And I have no love for Burfict as I see him as a goon and I’m disgusted at the Bengals for signing him to a contract WHILE HE WAS ON SUSPENSION! In my world if you are on suspension you sit at home and neither you, nor your agent, are allowed in the facility.”  …  Kent Moyer

“The last Bengals game I attended there was a fight in the section beside me, and woman in front of me got puked on.  A very good memory.”  …  Greg Davis

We mentioned a heavy mailbag during the holiday season, and one reason for that was the response we got from our recent ‘Q’ and ‘A’ post with former Marion Local basketball coach, Jack Albers.  A popular and controversial figure when he was on the sidelines and in the classroom, he’s obviously lost none of his touch: 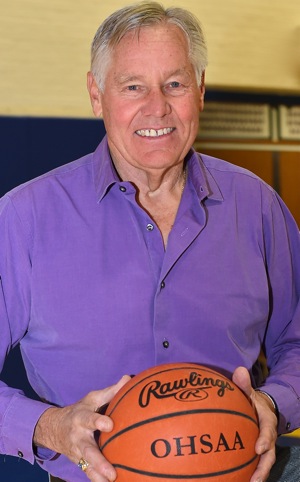 “ I have always had tremendous respect for Jack, both as a coach and also as a person. When I was coaching, I liked to scrimmage his teams because I knew it would help us to learn to play the game with more physicality. Thanks for the article and “hello” Jack, if you read this.”  …  Richard Cline

“My husband coached against Jack. Always had the greatest respect for him and hated to lose to him. Apparently they were two peas in a pod.  Jack was ‘old school’ but was highly successful.  A lot can be said about that!”  …  Jan Turner

“I played against Jack’s teams in high school. He wasn’t kidding about his disdain for refs calling a game too closely. I shot 16 free throws my senior year against Marion Local. Two of which were from a technical assessed to a rather disgruntled Jack Albers (and no, it did not motivate his team). I enjoyed competing against his teams because to beat a team as well coached as Marion was something I considered to be a great accomplishment. Glad to see Jack is still as ornery as ever. His competitive spirit definitely brought out the best in me.”  …  Brent Stocksdale, Ph.D.  (via Facebook)

Finally, several took the opportunity to write and share their surprise over the origin of the popular Bing Crosby Christmas song, Do You Hear What I Hear.  But this person read more into it than others, in referring to the song’s writers, Noel Regney and Gloria Shayne Baker:

“What?  No mention of the songwriter’s Christmas-themed names – Noel & Gloria?”  …  Duane Smith

(Ed. Note:  Duane, I put your issue on next year’s list of complaints for the ‘airing of grievances’.  You know, it’s “Festivus” for some of the rest of us.) 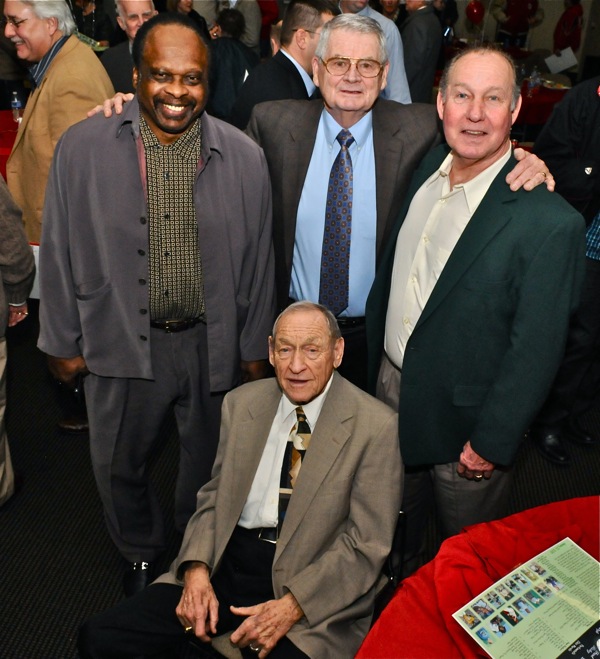 "Your reference to Mr. Gene Bennett was a nice touch and a classy tribute to a great man." shared one reader. Wheelersburg native and former Reds scout Benttett is seated above, with (l-r) Al Oliver, Hal McCoy, and Don Gullett. (Press Pros File Photos)