Whoops, That’s not a Walleye!

When two northern Ohio brothers trolled along during a Lake Erie walleye tournament, they were in for a big surprise…

Talk about a swing of emotions.

Back on Dec. 1, James Beres of Lorain was fishing in a Lake Erie walleye tournament with his brother, Michael.

As they trolled with four planer boards out, they were hoping to catch enough to finish in the money of an Erie Outfitters tournament. As they trolled, they had an obvious hit on one of their boards, so they started reeling.

“We knew it was big. It was kind of a dead weight, like a lot of big walleyes.” Beres recalled. “And as we tried to get it into the net, there was a flash of white – like a huge walleye and we thought, ‘Oh, man!’

“When we got it on board, I said it doesn’t look like a walleye. But we decided it must be because it was old. And we thought we had just won a new boat.”

“I sent a photo to a buddy of mine and he told us it wasn’t a walleye. It was a lake trout,” he said.

As it turns out it was the largest lake trout ever caught in Ohio.

After a whirlwind day of having the fish weighed on a certified scale and identified by a Division of Wildlife biologist, Beres, 47, had his name entered in the record book. Officially, it was approved by the record fish committee of the Outdoor Writers of Ohio, keepers of the state fish records.

“It’s really fat. You can’t see it so much in the pictures, but when you see it in person, it has a huge mouth and is really fat.” Beres said.

Or as his father-in-law said: he went from winning a new boat to a $1,000 taxidermy bill, just like that.

He also has a story he can tell the rest of his life.

Hunters had a successful weekend, Dec. 16-17, taking 14,115 whitetails during Ohio’s deer-gun bonus weekend. Last year, in poor weather conditions, the total was 9,228.
Following are the area totals for the weekend, by county. The number in parenthesis is last year’s gun-weekend total.

The Division of Wildlife will open a new youth-only fishing area sometime next year. The former hatchery ponds at the District 5 headquarters, 1076 Old Springfield Pike in Xenia, will be available for young bank fishermen.

The area will be open free for girls and boys ages 15 years and under with a reservation and accompanied by a non-fishing adult. Equipment and bait will be provided. Fishing is planned to begin in early summer and will continue through Labor Day. For more information about the youth fishing area, call (937) 372-9261. 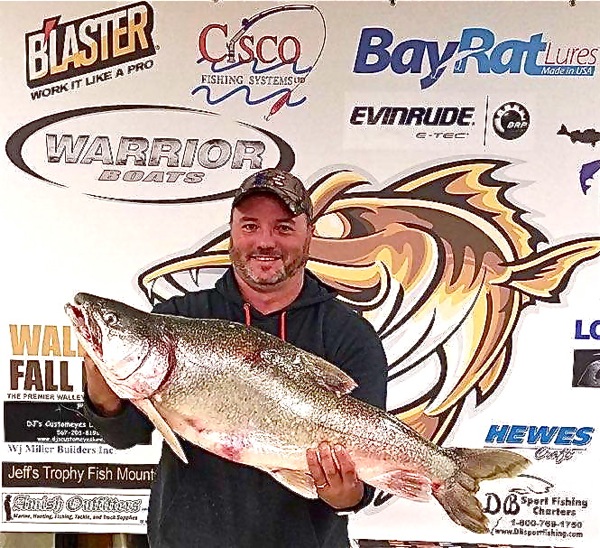