Friday’s regional final might well be the one-and-done for many waiting to see if, and how, competitive balance is supposed to work.  One thing sure…there were many over last weekend convinced that it doesn’t mean to eliminate yourself from the playoffs.

At the state volleyball tournament last weekend I spoke with a handful of ‘bluebloods’ – from Coldwater, Marion, New Bremen, Versailles, and Minster.

Well, in the case of the Midwest Athletic Conference it’s the manifestation of one so proud of the league community, its schools, and its proprietary supporters from the respective communities, as to show up to see even rival schools compete for another shining moment on behalf of the MAC.

“It’s not just the fact of winning,”  said a New Bremen emailer to this site on Sunday.  “It’s the fact of collective pride in what our schools, our kids, and our communities represent by our support for each other.”

But in that mass of support, we sought out some to ask about this coming weekend – and the impending regional final football game that’s going to effectively eliminate the possibility of – for the third time in four years – three MAC teams competing (in three divisions) for a state title come two weeks from now in Canton.

But it won’t happen, because Marion Local and Coldwater, now both in Division VI because of the competitive balance initiative last spring, will play each other on Friday, and one of them will go home for the winter.  There will be no triple-threat winners at this year’s State Finals in the manner of 2014 when Marion, Coldwater and Minster all won titles.

Or how it nearly happened a year later,  in 2015, when Fort Recovery and Coldwater won in VII and V, and Marion lost to Kirtland in Division VI. 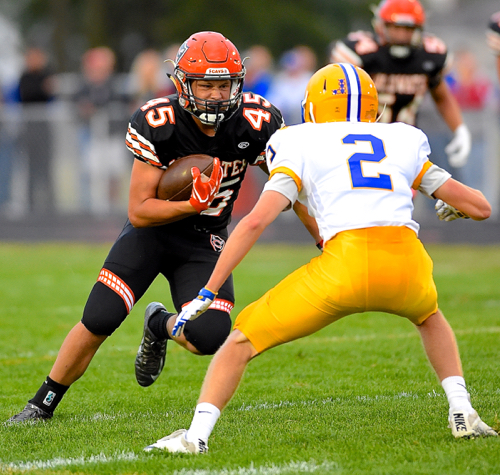 Coldwater and Marion met on Week 3 of the regular season, with Marion winning, narrowly, 13-7.

We sought out, and we asked…will competitive balance make interest in high school football better in two weeks if one or the other, Marion or Coldwater, is eliminated?

“Don’t print my name,”  said a Coldwater fan on Saturday.  “But this sucks for the sake of the league.  And while I can’t prove it, I think that’s why it’s happening.  People are jealous of the MAC and what we’ve accomplished.  The rest of the state doesn’t want us to dominate the way we have.”

“Now we get to eliminate each other from the playoffs?”  said another.  “Why, because no one else has been able to in the last five years, that’s why.  People are just tired of the MAC winning.”

Of course it doesn’t happen every year.  But in the small-school divisions of V, VI, and VII, where competitive balance seems to have been particularly harsh in watering down the competitive reality of those divisions, it’s almost given that someone, somewhere, had to ask if a league with teams in all three divisions – and being as good as they are – should be such a perennial threat at the state Finals.

“Dynasties have always been good in sports,”  says Tim Boeckman, former coach at St. Henry (four-time title winner), and PPM football analyst presently.  “It gives other teams something to shoot for, a competitive standard.  So no, I’m not a fan of competitive balance.”

An interested fan from Versailles who said he’ll be in the stands Friday for Coldwater-Marion summed it up this way.

“I got no skin in the game, but it’s a shame if Coldwater knocks out the #2 team in the state and it costs Marion a trip to the Finals…because no one else can.  It’s a shame that it takes a MAC team to deny another MAC team like that.”

Tim Boeckman laughed at the suggestion.  But there are others, and plenty of them, who suspect.  Facebook is full of comments this week from the inspired who question why you’d even want to break up the uniqueness, and the possibility of again highlighting the competitive legacy of a conference that to date has won 123 state team titles in its 45-year existence. 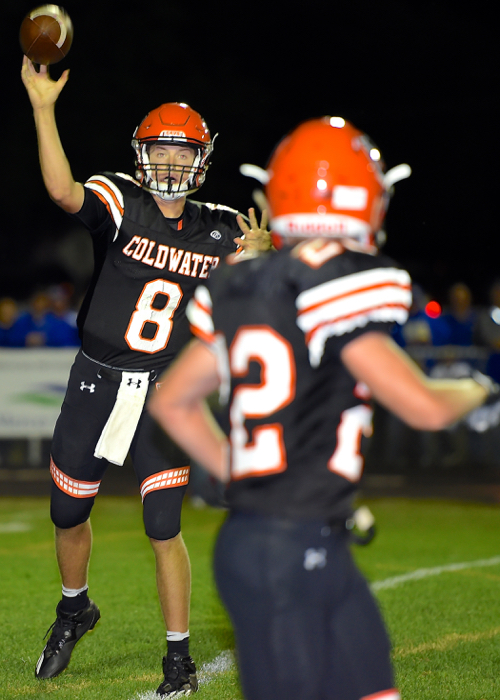 Coldwater is playing for a sixth straight trip to the State Finals, the last five representing Division V.

“I don’t want to believe there’s actually a conspiracy,”  said Boeckman on Monday.  “I would believe there’s envy in some parts, but when I was coaching and people got tired of someone winning all you could do was go to work and get better.”

But for how long?  People get tired of it…when someone from Delphos St. John, Versailles, Marion Local and St. Henry is apparently willing to outwork you.   Boeckman, himself, won four titles with his St. Henry teams during his tenure as coach in the 90s.  Jeff Starkey succeeded him and won two more.

“Those teams (in the MAC) had good players, and they were well-coached,”  says Stan Wilker, former athletic director at Marion.  “But they also worked harder than anyone else.  It was no accident.”

Which makes what’s happening presently with the competitive balance effort particularly bitter-sweet in the MAC, with MAC people, and if truth is known…contrary to the OHSAA and this pledge to ‘respect the game’.

“People assume that MAC schools like Coldwater and Marion recruit athletes to maintain the standard they have,”  adds Wilker.  “But that’s not true because they’re both public schools.  And things don’t change much in those communities so it’s hard for people to believe that someone actually passed Coldwater in enrollment to push them back down to Division VI, with Marion.”

And by the way, considering that Coldwater (9-3) has suffered enormous graduation losses their last three seasons, and still wins…it begs one’s notice that they’ve taken their own advice as to how to deal with competitive balance.  If you don’t like it the way it is…just get better. 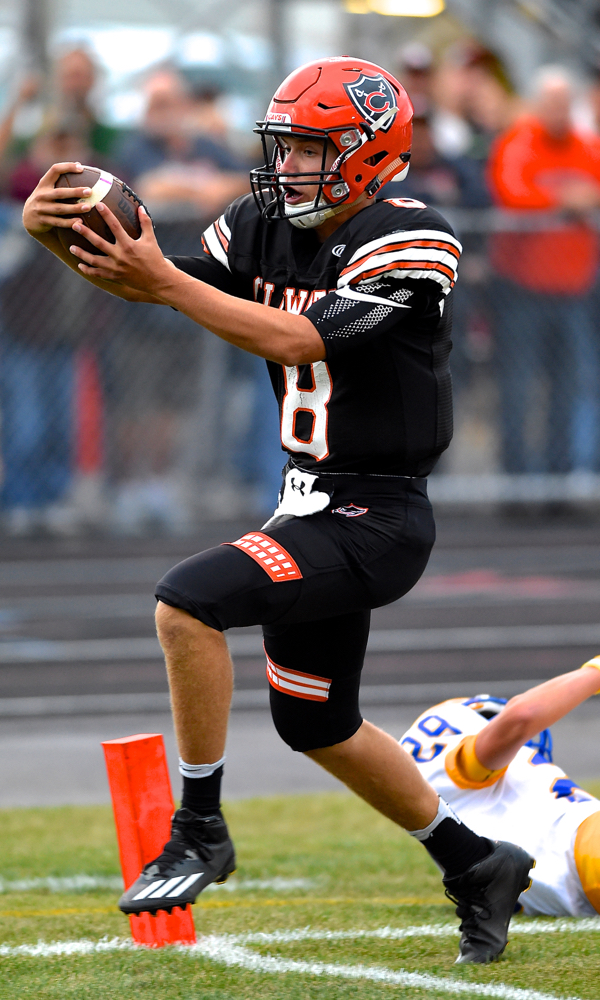 "Now we get to eliminate each other from the playoffs." said one. "Why? Because no one else has been able to in the last five years, that's why. (Press Pros File Photos)