Too Much Marion For Spencerville…

Marion Local set up a rematch with MAC rival Coldwater in the Regional Final by dispatching an outmanned Spencerville team 35-0 at Piqua’s Alexander Stadium.

By Ben Robinson for Press Pros

But once the defending state champions found their groove Spencerville didn’t have an answer as the Flyers advanced to the Regional Final with a convincing 35-0 victory.

Neither team couldn’t mount much offense on their opening possessions and Spencerville took over the ball at its own 36 after stopping the Flyers on a fourth down attempt. 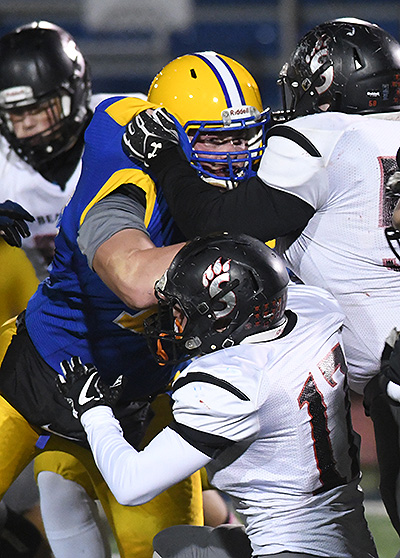 And behind the running of Chris Picker and Joel Lotz the Bearcats consistently gouged the Marion Local defense with their quickness to the outside and timely quick hitters up the middle en route to an impressive drive. The Bearcats ate up nearly 6:00 of the clock on 15 plays, but couldn’t hit pay dirt as they were held on fourth down at the Flyer 16.

With the big defensive stand, Marion Local quickly turned the tables with a 28-yard run by Brandon Fleck. Twelve plays later the Flyers found the end zone and a 7-0 lead on a 40-yard pass from Nathan Bruns to Derek Ruhenkamp to close out the first quarter.

The Marion Local defense then solved the running game of Spencerville by mixing in run blitzes in the gaps and forced a three-and-out on the ensuing possession.

The Flyers took over the ball at the Bearcat 45 after a short punt and took four plays to reach pay dirt once again on a five-yard run by Alex Partington to push the advantage to 14-0.

Another three-and-out by Spencerville resulted in a punt to give Marion Local the ball back near midfield and it took just two plays for the Flyers to score on a 35-yard Nathan Bruns pass to Nick Tangeman with 6:03 left in the half. 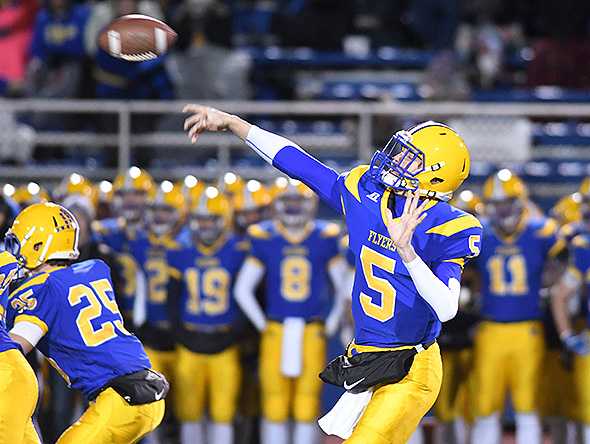 Marion Local had one more opportunity to score before the half, but an illegal chop block stalled the drive and the Flyers went into the break leading 21-0.

The Flyers received the opening kickoff of the second half and used five plays to put the game out of reach as Bruns connected with Tangeman to move the ball inside the ten and Brandon Fleck capped the effort with a four-yard scoring plunge. 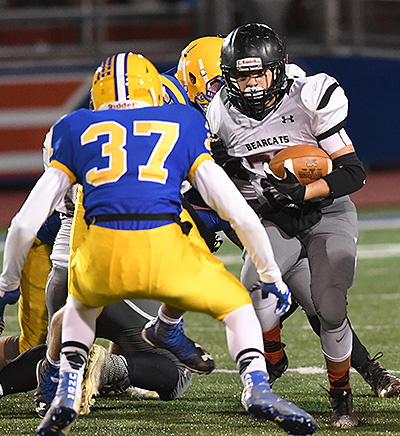 Spencerville’s Joel Lotz had success early in the game, but Marion Local made the adjustments to shut down the Bearcat running game.

Spencerville, facing similar circumstances many teams face who have played Marion Local in the playoffs, continued to scratch and claw for any amount of success it could muster against the much bigger and more talented Flyers. The Bearcats picked up two first downs on the ensuing possession, but were forced to punt the ball back to Marion Local.

Starting at its own 26, Bruns connected with Tangeman once again on a deep pass for 40 yards to put the Flyers in scoring position.

Five plays later Bruns hit Tangeman one more time on an 18-yard scoring strike to push the margin to 35-0 with 3:37 left in the third.

From there Marion Local turned the game over to its younger kids under a running clock.

With the 35-0 victory, the Flyers advance to the Regional Final, where they will play a familia foe – the Coldwater Cavaliers. Coldwater advanced by coming back from a 17-7 halftime deficit to defeat Lima Central Catholic, 24-17.

It will be a rematch of a week-three slugfest where Marion Local edged Coldwater by the score of 13-7. 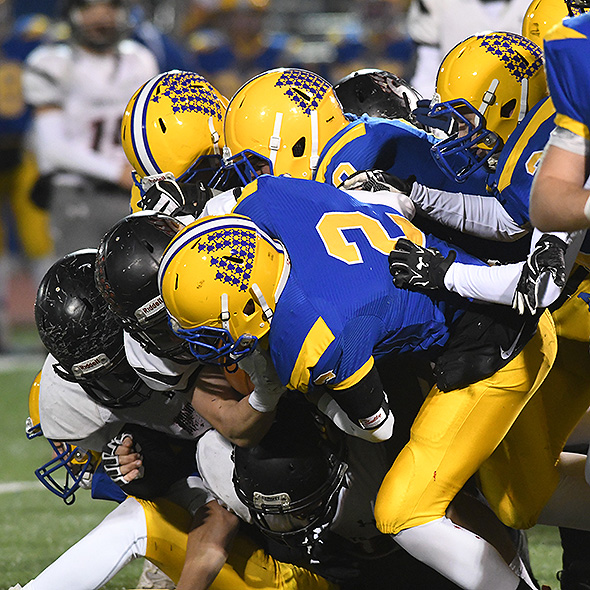 Outside of one series in the first quarter, the Marion Local defense completely shut down Spencerville’s running attack. 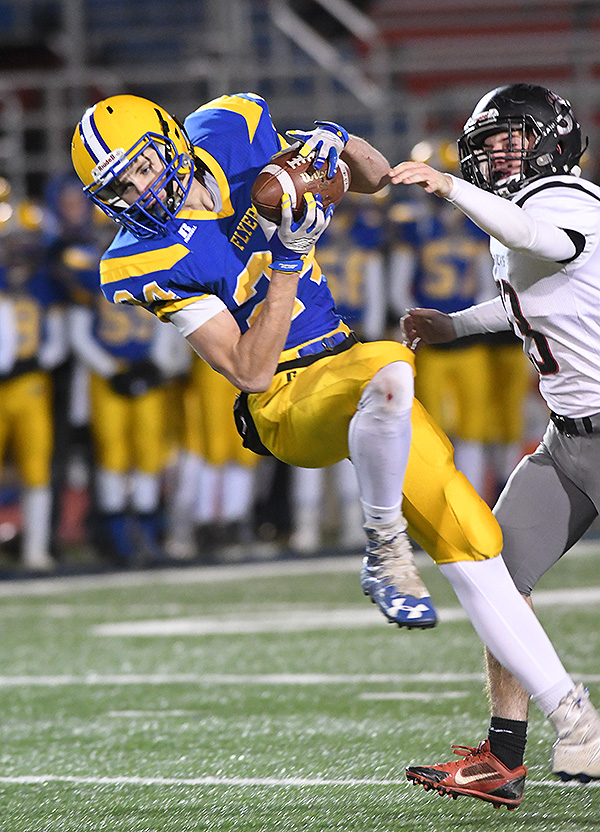 Nick Tangeman, all 6'4" of him, was too much for Spencerville to handle as he caught two Nathan Bruns touchdown passes and consistently beat Bearcat defenders all night long. (Press Pros Feature Photos by Ben Robinson)