Fairborn – One observer along press row made the comment during Saturday’s Division III semi-final between Coldwater (28-1) and Independence (26-2), “They made it look easy.  Coldwater doesn’t give you much wiggle room.” And that’s no exaggeration.  The #1-ranked Cavaliers swept past Independence Friday afternoon in the first Division III semi-final, 25-19, 25-21, and 25-23, to advance to tomorrow’s championship round against the the winner of Versailles and Tuscarawas Valley.

“They’re really a good team.  The difference in the game was how they exposed some of our weaknesses,”  said Osysko.  “They make very few errors and they put the pressure on you to play the same way.  We have one senior, they have six, and I think that showed today.”

That and the fact of Coldwater’s total team play.  The Cavaliers committed just 14 error for the three-set match, compared to 26 for Independence;  and the Cavaliers’ distribution of scoring could not go unnoticed – Lauren Gilliland (14 kills), Allison Sudhoff (11 kills), and Gasha Kahlig (10 kills). 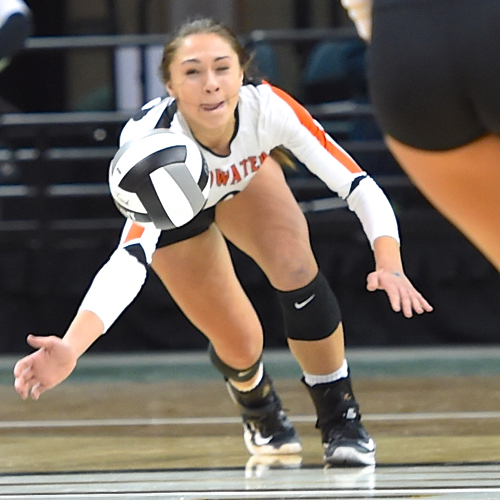 Lauren Gilliland and the Coldwater defense made scoring tough for Independence.

“We also have a lot of offensive weapons, which makes it very challenging for the other team as far as defending us.  We’ve had that all year and Elena (Knapke) does a great job of distributing the ball to each of them.”

But the Cavs’ defense was also a big factor, extending points while putting that constant pressure on Independence to keep pace without committing critical scoring mistakes.  It didn’t work out for them.

“Our defense takes pride in do that,”  said senior Tasha Kahlig.  “We get after it out there, extending the point and until they make the mistake.  It’s how we control the game.”

“But we’re proud of what this group of girls has accomplished,” she admitted.  “Independence will be back.”

So will Coldwater, tomorrow, to play for their first state title in volleyball. 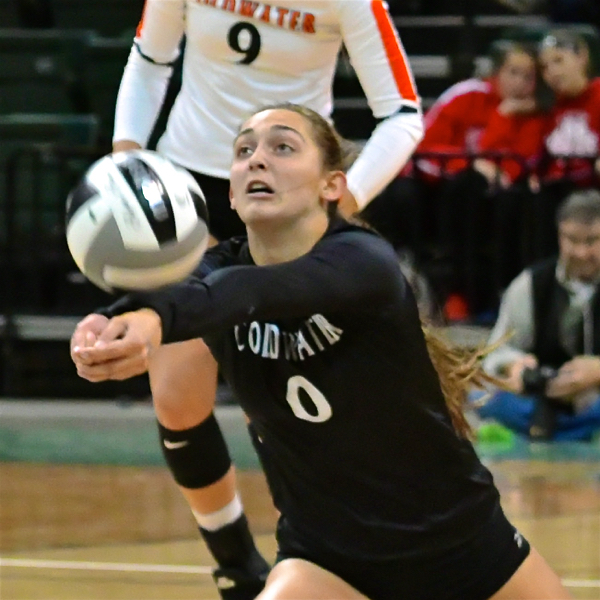 Katie Alig records a dig in the Cavaliers win. They’ll play for their first state title in volleyball on Saturday. 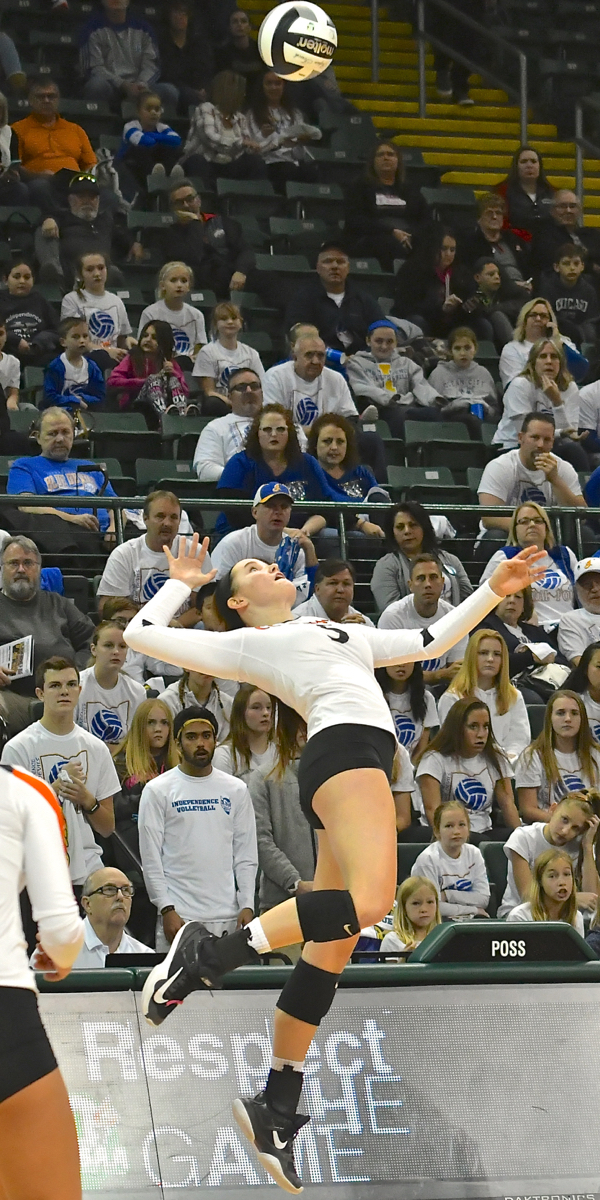