Under first-year coach Jayson King the faces are familiar, but the air around Woerner Field has a distinctly differently feel. He promises – more of the same come spring 2018.

The first question I asked new Dayton baseball coach Jayson King this week was…what can you bring to this program from your previous position that puts a different stamp on everything going forward?

“We’d expect to compete for the conference title.  That’s our goal,” said King during a fall baseball workout at Woerner Field. “And then advance to the NCAA tournament.”

Whoa, Hoss! These are the same Dayton Flyers that struggled to that 20-win mark last spring, and made a habit over the last three seasons of finding new ways to lose baseball games on a daily basis.

But Jayson King is undaunted, and has a method.

He comes to Dayton from the United States Military Academy – West Point – where he served as associate head coach and recruiting co-ordinator last year, his first as a Division I coach.

He looks and talks every bit the part for his one season at Army, and he’s not lacking for confidence. “I can tell you that we’ll have a strong team and a very strong program here in a real short time,” he said in August, after taking the job.

Apparently that one season at West Point made quite an impression on King, a native of Canton, Massachusetts, about a 15-minute drive from downtown Boston. And by the way, he’s got a helluva’ accent, and proudly states that he plans to keep it. Ohioans sound kind of funny to him, he laughs, and you come away believing that he can help with that, too.

“What I bring from Army is the experience of dealing with the type of person that goes to West Point,”  he says.  “On a day to day basis the cadets are dedicated not only to the country, but to success in everything they do. They have high expectations, things that a lot of people can’t keep up with. So as a coach you had to learn how to navigate through that kind of environment. But the operative word is expectation, and no one has higher expectations. Being a part of that was exciting, even for a short time. 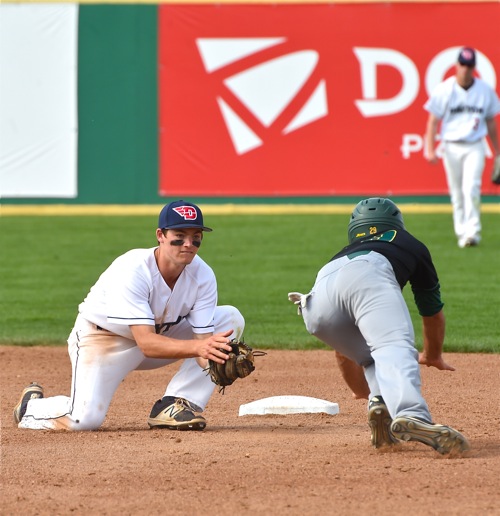 Brantley Johnson impressed defensively as a freshman shortstop, but improvement on his .240 batting average is the next order of business.

He admits that his biggest concern out of the gate…was pitching. Pitch poorly and you lose at any level. Ask the Cleveland Indians Thursday. And the Flyers pitched to a cumulative team ERA of 5.63 last season, almost a fun run higher than the opposition.

But he does have talent at hand, and young prospects at a variety of positions that he looks at in terms of developmental projects. Good for now, but they have to get better. Sophomore shortstop Brantley Johnson made an immediate impact as a freshman for his glove, but King approvingly says he expects Johnson to improve not only in the field, but especially at the plate, where he hit just .240.

First baseball Brandon Smith led the team in home runs with 12, and hit an admirable .291, but there’s room for improvement there, as well. Make more contact!

Sophomore right fielder and first baseman Tate Hagen burst onto the scene last spring to hit .255 with four home runs, but to a man, everyone who saw him play saw the potential for far more in both categories. Hagan is a born hitter.

And junior infielder/outfielder Connor Echols is another foundation block, returning from a .260 average. 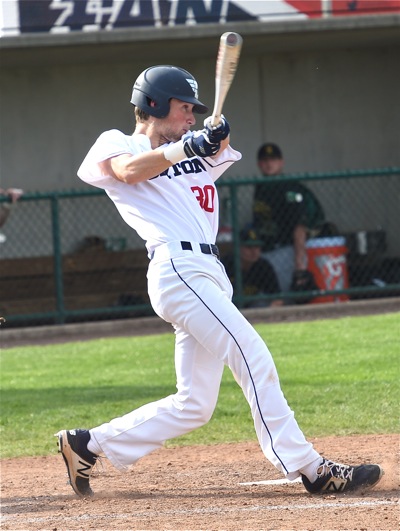 Talented Tate Hagan hit .255 as a freshman, but will benefit from time in the weight room…and the natural ‘tincture’ of time.

“I think the biggest improvement we can make is in our overall physicality,” says King. “We have to focus on what we’re doing in the weight room, and how we improve with conditioning and our speed.  Our biggest improvements for now will come from that focus. And we won’t take a backseat to anyone. That’s always been my philosophy to start and build a program, and it won’t be any different here.

“We have to be really greedy as to how we develop players. You appreciate defensive and offensive skills, but we need to steal bases and to be a threat in multiple phases of the game. We’re working on all aspects.”

He points out improvement seen already in just a few short weeks of fall practice. Minster native Josh Nixon will get a full shot as a pitcher next spring, as he has impressed this fall.

And if you think you can have too much pitching, think again. Even Brandon Smith and Tate Hagan will get an opportunity to contribute from the mound, according to King. And last spring’s complement of talented arms – Jordan Cox, Tyler Henry, R.J. Wagner, Austin Cline, and Tyler Jones – are working hard to impress that they, too, are capable of the culture of commitment that King is expecting.

There’s plenty of room for improvement, as 20-35 would indicate – as 5.63 and a team batting average of .244 would indicate. Opponents averaged hitting .292 against the Flyers.

“A lot of these guys are just untapped in terms of their talent,” King assures. “We plan on tapping it and gettin’ it all out. There’s no telling what some of these guys can accomplish once we do that.”

No shrinking violet, he’s taken on a more challenging schedule for 2018, as well. Ohio State, Arkansas (SEC), and Virgina Tech (ACC) will offer would-be recruits another reason to appreciate the difference, and the opportunity, in considering Dayton.

“We won’t be afraid of anybody,” says King, with his Boston twang. Only, it’s not funny-sounding coming from him. He sounds dead serious.

Kind of like someone who’s spent a little time…at West Point. 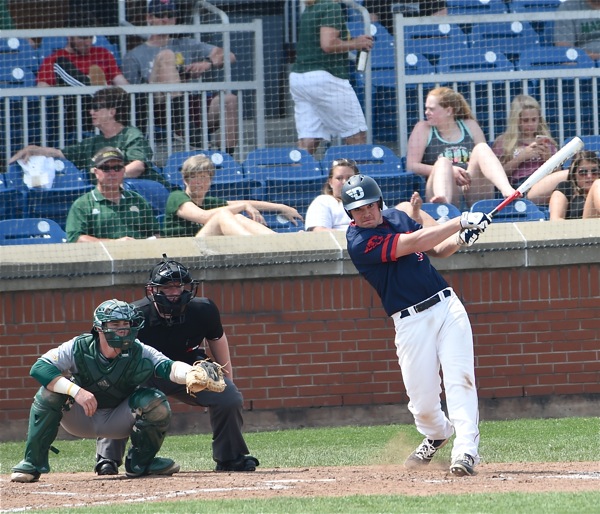 “Bunker’s” is proud to sponsor coverage of the Dayton Flyers on Press Pros Magazine.com. 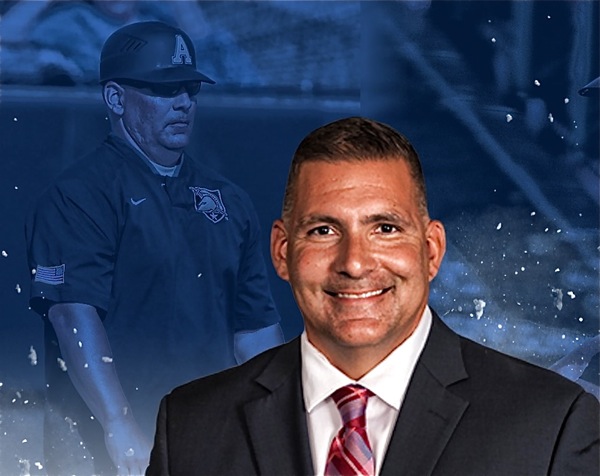 After 18 successful seasons a Division II Franklin Pierce, and one season at West Point, Jayson King is ready to attack the challenge of competing immediately with Dayton baseball. (Press Pros Feature Interior Art by Kyler Ludlow - Photos by Sonny Fulks)