Suddenly, it’s not so easy to plan a weekend’s coverage around Loramie, Jackson Center, Anna…and Sidney. Why? There’s more outlets than plugs, that’s why.

You can blame it on history, perhaps. There didn’t used to be high school football in Shelby County, outside of Sidney High School and the Lehman Cavaliers.  But starting tomorrow night, the weekend portends to be a veritable crash course of sports options in SCL-land…and 45365!

Now, it’s different. History’s being rewritten. You have those two schools PLUS popular and winning programs at Anna (5-1, MAC) and Fort Loramie (4-2, CCC).

And for the first time since the “30-And-O” days (or very close) – the namesake of the playing surface at Sidney’s new Memorial Stadium – the Sidney Yellow Jackets have captured the absolute imagination of the community with a perfect 6-0 record through the first six weeks of the season.

Of course, girls volleyball has always been an activity that’s packed the gyms on Thursday nights because unlike football, Shelby County League schools like like Loramie and Jackson Center have been winning state championships in that sport. And Jackson has won the past two in Division IV.

So imagine the issues it causes this week when Press Pros decides where to be, and for what, when Jackson Center plays Loramie in volleyball on Thursday – when Tipp City plays Sidney in football on Thursday – when Loramie plays Mississinawa Valley on Friday (that one’s not so tough) – and on that same night the soaring Anna Rockets travel to St. Henry to play the Redskins. Both schools are 5-1, tied for second in the MAC.

It’s not simple, believe me.

Like everyone else in the media business, there’s only so many people to send out to cover these events, and because the publishing business has always been about readership you don’t dare not get it wrong.

Football – and this comes as no surprise – absolutely rules in terms of popularity and readership when it comes to comparison to virtually any other sport. That is, with one exception. Last week’s Coldwater-New Bremen volleyball contest not only packed the Cardinals’ beautiful gymnasium…but it packed the readership metrics of Press Pros, as well. That game alone got well over 100,000 hits and more than 400 email shares, facebook, and Twitter shares. 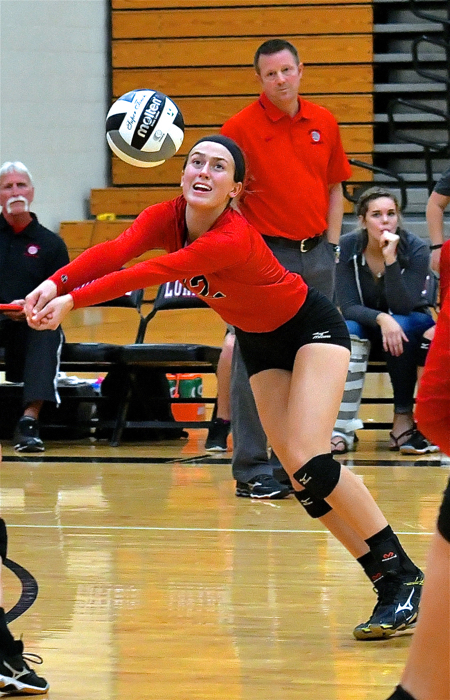 But volleyball, and the Shelby County League, also begs consideration when teams like Jackson and Loramie are playing this week, fighting for League title considerations and post-season tournament seeds. So…what do you do? Literally, it’s a smorgasboard of sports in Shelby County.

Well, thankfully for Adam Doenges and his swarming Yellow Jackets they’ve kinda’ taken care of that question. With Andre Gordon and Isaiah Bowser setting conference offensive marks nearly every week – and with the enthusiasm for football in Sidney nearly that of the the ‘glory years’ – the calendar has played along.  It’s a crash course – yes – because the game’s being played on Thursday.  But it’s also one that everyone with a cell phone will have tuned to the broadcast to find out how the ‘Jackets are doing against Tipp.

“It’s been a long, long time since Sidney football has had this kind of excitement,” says colleague Joe Neves, who trumps me in the “how-long-its-been” category. “You know, they’ve only beaten Piqua about five times in the past twenty five years,” he added to last week’s Friday ‘picks’ page. “So beating the Indians the way they did on the final play of the game was a big, big deal in Sidney.”

And by the way, Anna may have lost its starting quarterback two weeks ago prior to the Marion Local game last Friday, but the Rockets are still a very fine, and threatening, football program with running back Aidan Endsley; and with two weeks’ preparation will go into St. Henry Friday with a full head of steam. We’ll be there with them.

So depending on where your loyalties and tastes lie, you don’t get it any better than this weekend for sports in Shelby County.

If the Yellow Jackets get past Tipp, all that lies between them and an undefeated season is Troy, Butler, and Greenville. That’s all.

If Anna gets past St. Henry…who da’ thunk that? 6-1 without Travis Meyer?

And Jackson Center may not be the team they were when they won back-to-back in volleyball those last two seasons, but do you think John Rodgers and Loramie will take them lightly?

Just don’t error and tell someone there’s nothing going on this weekend. History, and Press Pros, will be there to show you were wrong. 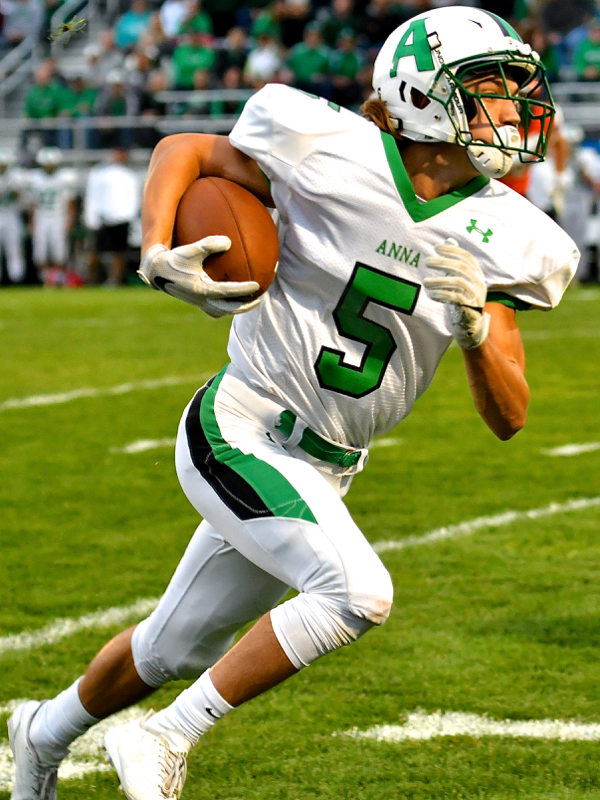 Caleb Kauffman and the Anna Rockets are looking to bounce back against St. Henry after suffering their first loss of the season last week against Marion Local. (Press Pros File Photos)