The Question: “How Can You Not Care…?”

To the person who wrote in response to Monday’s blog to ‘protest’ my insensitivity to protesting, I say…a healthy dose of perspective would us all a world of good!

Dateline: Hot Seat – Take a deep breath, and smile with me as I express my respect and appreciation for all those (and there were more than a few) who immediately reached out to comment on Monday’s blog, entitled, No Thanks, To The NFL.

Many expressed the same opinion…that they don’t watch sports to be reminded, or lectured, on social injustice.  Rather, they’re tired of hearing about social issues and sports is (or once was) little more than the prescribed antidote.  Not anymore.  Now, any platform will do for someone who has something to bitch about;  and all the better if it comes with 70,000 people.

BTW, you might be seeing less of that Sunday platform in the near weeks.  Because, the Seattle Seahawks reportedly had a four-hour meeting Saturday night to discuss how they would appear unified in their protest the next day…and then went out and got ambushed by the Tennessee Titans.  Likewise, the Raiders had a two-hour meeting to discuss their strategy, and got hell beat out of them by the Washington Redskins.  Someone is sure to figure out quick…that if you’re going to play football you might want to stick to just playing football!

But a couple of those who wrote to me on Monday expressed the emotional question as to my statement that “I don’t care.”  “How can you not care when the president is so blatantly bigoted, or care about those issues being represented by professional athletes with far more to lose than you?”  asked one.  “This affects us all.”

Some perspective, if you will.

One, it really has nothing to do with professional athletes who have more to lose than you and me.  That’s a free choice on their part, enabled on the part of the NFL who frankly doesn’t know what to do about this, and hasn’t from the day Colin Kaepernick took his first knee.  Try doing that if you’re a Proctor and Gamble employee – or if you’re a server at Frisch’s, and decide you want to share some Pro-Life material with one of your tables.  See how long you have a job.

Two, we protest so much about so many things now that it really doesn’t mean that much.  Even pleas for support to the hurricane victims in Puerto Rico and South Florida have become little more than another headline.  Remember the old adage about the boy who cried “Wolf”, when there was none?  When there finally was a wolf, and he cried out for help, no one paid any attention.

And three, consider the perspective of the five policemen who were shot in Dallas two years ago, and consider the amount of outrage heard from the national media…as opposed to Trump calling those who kneel for the Anthem a bunch of SOB’s.  Remember, if you will, that the outrage then was squarely centered on the issues set forth by the Black Lives Matter group, which actually got time with the president in the oval office of the White House.  By comparison, the five dead policemen got “Gee, what a terrible tragedy.”  A lot of people still remember that, still compare the disparity, and have lost savor for the issue because in their view….All LIVES MATTER! 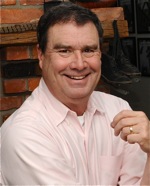 Truthfully, what I care about is that which I know to be in my own heart.  Like most of those who booed Sunday, or showed their displeasure by turning off the TV, I know a snake oil peddler when I see one.  Because on the same platform that hosted social protest, Giant receiver Odell Beckham celebrated a touchdown by getting on his hands and knees and acting like a dog urinating on a fire hydrant.  Classy, professional, and worthy of my concern?  How do you respect the protest, when you can’t respect the protester?

A final perspective:  it’s still perfectly safe to be at home at night after 10 pm, where a lot of people should be, instead of roaming the streets and putting themselves in harm’s way –  in a position of suspicion.  Hence, an encounter with authority is likely to happen.  My dad always told me that nothing good happens outside the front door after midnight.  Now that I’m the age he was when he told me those things, I firmly believe he was right.  And I abide by those words, more or less, strictly.

If we all did…none of us would have reason to protest, or care!