Sunday was it…the end of the line for many who’ve had enough of social protest in the name of football;  and, for the leniency on touchdown celebrations that permit ‘role models’ to act like dogs.  I’ll explain.

I was only vaguely aware of the pre-game mess exhibited prior to Sunday’s NFL games, that in protest of what ‘the Donald’ said on Saturday pertaining to those players who refuse to stand for the national anthem.  I won’t go into it here.  I don’t care!

I don’t care, because I don’t tune in to sports to be reminded of social injustice, one way or another.  I get that.  But I also get that those same NFL players that sit down, or lock arms, or raise a fist can only do so because hundreds of thousands of brave souls since the Civil War have given their lives so that the opportunity to play football for millions of dollars even exists.

And for that matter you have the freedom of having a tattoo inked on your butt, too…only, if I go to your house to eat I don’t want you to pull down your pants and show me.  I’m just there for the food.

This has grown old.  It’s lost its savor with people like me, and frankly, the majority of people (fans) who voiced an opinion at, and after, Sunday’s games.  Teams and team owners are caught in the middle because on one hand you have to appreciate the players’ position;  and on the other hand you’d better pay attention to the ticket buyers…because if they stay home that’s the protest that really carries the most weight.  If they stay away players and owners are both…both…out of a job!

I was in Cincinnati for a meeting Sunday while the Bears-Steelers game was being played, and the game was on in the background.  Truthfully, the Steelers did it the best of any team in the league.  They just stayed inside – all but their offensive tackle, Alejandro Villanueva, a service veteran who stood outside the team’s tunnel with his hand over his heart – as much for the fans to see as for himself.  As to the game, I didn’t notice, and I didn’t miss what I didn’t notice.

I’m just being a sore-head, you say? 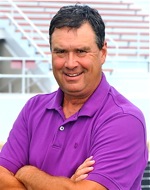 Well, feel free to write and support Odell Beckham’s behavior.  He returned Sunday to the New York Giants, scored a pair of touchdowns, protested after one by raising his fist to the crowd…and mimicked a dog hiking its leg on a tree to celebrate the other.  Feel free, I say;  but you won’t.

“I’m in the end zone, and I’m a dog,”  said Beckham in justification, raising still more questions.  “So I acted like a dog.”

Really?  You want to trade places with the homeless, or a sanitation worker making $20 grand a year?  I’m not amused, or moved.

Teams like the Bengals issued a statement as to their position after the game;  but the one they made ‘DURING’ the game is the one I’m going to remember.

So to the league, players, networks, and those empty souls who wait breathlessly for the Browns and Bengals games each Sunday, if what you saw Sunday is a tradition you think worth keeping, you need to seriously prioritize, regardless of what Trump says.