Piqua Throws Xenia For A Loss

Piqua – Friday night belonged to Bill Nees, who was honored before kickoff for his 25th season coaching the Piqua Indians football team.

The senior cousins connected for three touchdown passes – just as if the Alexander Stadium field was their backyard during one of those pitch-and-catch sessions at a family reunion – in Piqua’s 36-20 victory over the Xenia Buccaneers. Davis found Schrubb for touchdowns of 20, 37 and 43 yards. The duo have combined for seven touchdowns this season.

Davis had seven TD passes all of last season.

“We’ve been working at this for I don’t know how many years. Probably since we were 6- or 7-years old,” said Davis, who completed 10-of-19 passes for 164 yards and four TDs overall. “Everything has been working. Last year we were leaning on the run game. This year we opened up the passing game and it’s working just fine.”

Through four games Davis has thrown for 951 yards and 13 touchdowns. That’s 23 yards shy of his total for nine games last season. Friday night was also his fourth multi-touchdown passing effort. 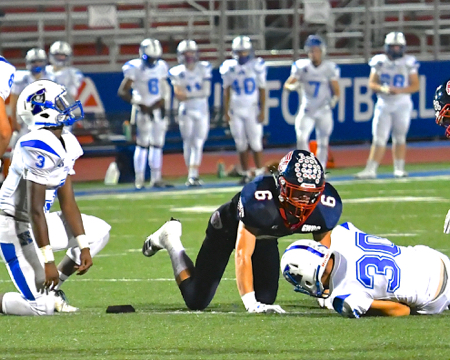 As for Schrubb – who had three catches for 100 yards on Friday – he has 25 catches for 424 yards and seven TDs overall. He’s on pace to shatter last season’s 28 catches for 446 yards and four TDs.

“We’ve been passing the ball forever,” Schrubb said of Davis. “I didn’t start football until the seventh grade, but we passed at every family reunion. Everything. He knows where I’m going to be and puts the ball in spots. When we roll it definitely helps the offense.”

The win was the second straight for Piqua after tough losses to Trotwood-Madison and Franklin, the top two teams in the Division III, Region 12 computer points. Piqua, which entered No. 17, will keep climbing with more games like Friday.

A week after Xenia gashed Sidney’s defense for a school-record 596 yards of total offense, Piqua clamped down to limit the Bucs’ option offense to 224 yards. Xenia recovered a fumble on the opening kickoff and used an 11-play, 60-yard drive to take its first lead of the season.

Xenia intercepted Davis on Piqua’s opening drive, but failed to convert the turnover into points as Piqua’s defense settled in. The Indians recovered a fumble and – except for a 51-yard blast by running back Sincere Wells early in the fourth quarter – held the Bucs in check.

“This is an explosive offense,” Nees said of the Bucs. “I think last week they had maybe seven plays of over 40 yards. We were able to at least contain it a little bit. I don’t know that you ever stop it. I think we kept it from running wild.” 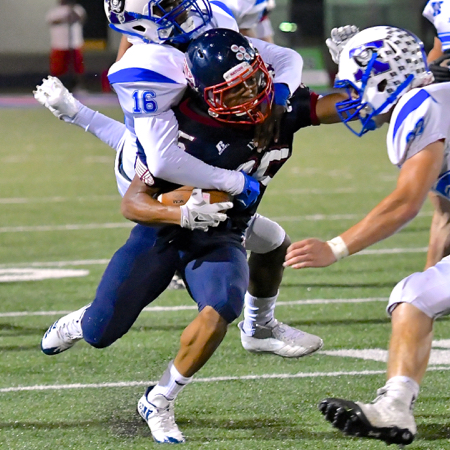 Piqua’s Devon Brown is wrapped up by a pair of Xenia tacklers.

Well, who went for 285 yards and four touchdowns on 27 carries last week, finished with 176 yards and four TDs on 33 carries Friday. Xenia rushed for 222 yards overall.

Piqua tied the game on Davis’ first touchdown pass, a dump off to running back Ben Schmiesing. The 6-foot-2, 222-pound senior bullied his way through four tackles for the 11-yard score. Schmiesing also led the Indians with 68 yards rushing and a touchdown on 12 carries.

“Our offensive line is definitely strong,” Schrubb said of senior tackle Brent Lemmon, junior tackle Caden Clark, junior guard Zayne Arbogast, sophomore guard Riley Hill and senior center Colton Meyer. “They’re giving Austin time back there. And we’re getting open. We have a variety of wide receivers and he can throw to anyone. … (Austin’s) arm definitely has power. He’s got strength. He gets it in the right spots.”

was presented with a plaque prior to the game honoring his 25 seasons. Among those in attendance was Matt Finkes, one of three NFL players Nees has coached along with Quinn Pitcock

Schrubb found himself in the right positions on Friday, too. In addition to his touchdown catches he grabbed his second interception, applied pressure on a bad snap that led to failed extra-point attempt and deflected a deep pass with about two minutes left in the game.

“I’m just doing what I’m told and working my butt off trying to get a W,” Schrubb said.

The win helped Nees improve to 185-95 in his coaching career at Piqua that started in 1992. The Indians’ career leader in victories was presented with a plaque prior to the game honoring his 25 seasons. Among those in attendance was Matt Finkes, one of three NFL players Nees has coached along with Quinn Pitcock and Brandon Saine.

The Indians could have used Finkes and Pitcock early in the game as the Bucs’ offensive line pushed the Indians downfield. A 95-yard kickoff return gave Xenia a 14-7 lead midway through the first half.

Piqua’s next three touchdowns came on Davis-to-Schrubb connections, giving the Indians a 29-14 lead early in the fourth quarter. 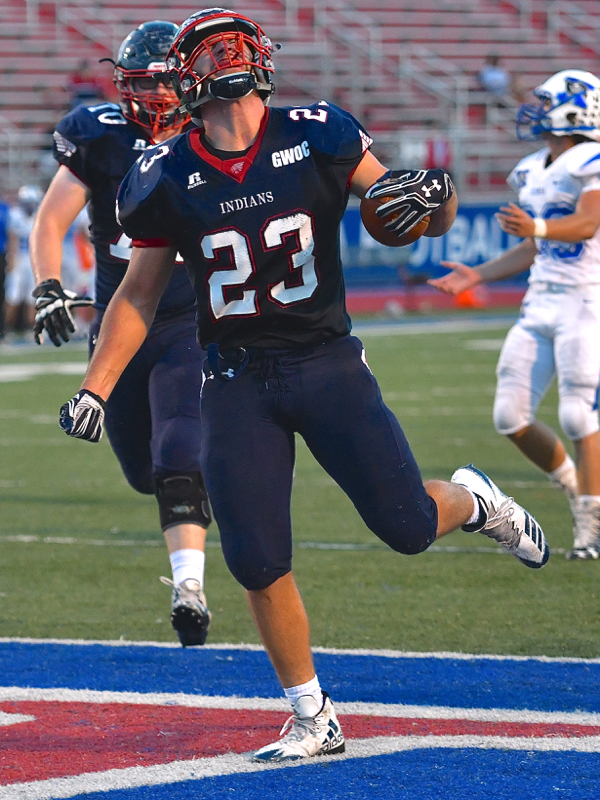 Ben Schmiesing scores for Piqua in Friday’s win over Xenia. 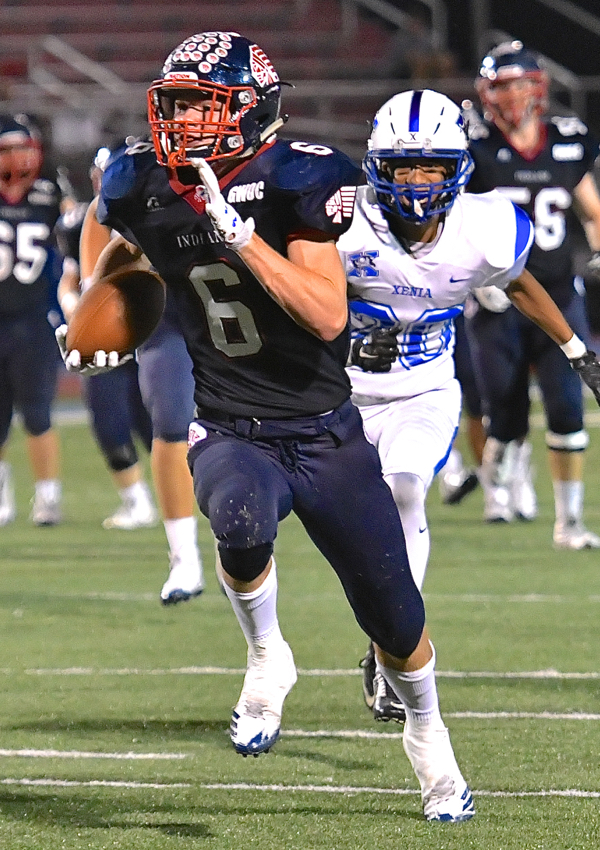 Hayden Schrubb off and running in the Indians win over Xenia...Schrubb had three catches for 100 yards against the Buccaneers. (Press Pros Feature Photos By Julie McMaken Wright)