Revenge Comes In Green…Anna Pays Loramie A Visit, And Payback!

The Anna girls could hardly have played better Tuesday, atoning for an early loss to Ft. Loramie a month ago, while beating the Redskins in four sets.

Fort Loramie – Loramie volleyball coach John Rodgers looked like he could have bitten a log chain in two.

The Rockets improved their overall record to 8-6 (5-2 in the SCL), while Loramie, coming off a pair of sterling wins from last week, saw their status as co-leaders in the conference go by the way.  Tuesday’s loss left their record at 8-7 (5-2 in the SCL).

Anna did it largely with hustle, just pure work and commitment to everything Loramie could send over the net.  They were a clearly a step quicker all night, and clearly, the Rockets played with better instinct for the flow of the game.

“We had so much energy and confidence going for us,”  said Zumberger at the end.  “You know anytime we went up to swing, or dig, or serve, the mindset was “we’re going to get this.

“These girls have a lot of drive and our libero (Carly Becker) was really on tonight.  She was passing ‘dimes’.”

What she meant was…that Loramie fell into an early rhythm of serving directly at the 5’4″ Becker, who mishandled one ball all night long.  Routinely, she took the serve, set up the hitters at the net, and…boom!  Point, Anna!

“She’s a third year libero and she’s just a really solid player for us,”  said Zumberger.  “I don’t know if they were trying to test her – I really don’t know – but if they were she’s the kind of girls that doesn’t let something like that get to her.”

John Rodgers admitted…that Becker was a determining factor in the match.

“We really made it easy for her,”  said Rodgers, wearing his frustration on his sleeve.  “I don’t think Randy (assistant Randy Schmidt) called one serve to her all night, and yet we served her three-quarters of the balls tonight.  She did pass the ball perfectly, but that’s her job.  But guess what…we’re not supposed to serve it to her.” 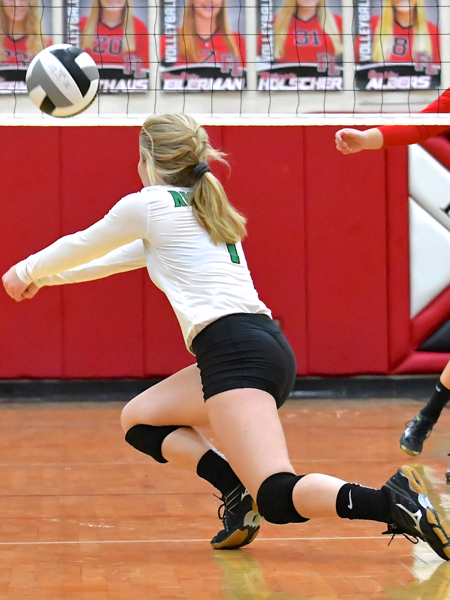 Still, the fact of retribution was in the air, as the Anna girls clearly played with the kind of energy that Zumberger recognized, and appreciated.

“Anna played well,”  added Rodgers.  “They were working hard.  They’re a team that we beat in five sets the last time and I know they were looking for a little revenge.  So tonight they came out and outworked us.  That’s pretty much what it amounted to.

Loramie got off a positive start, taking the first match, 25-21.  But from that point on…Anna played flawlessly, following the lead of Becker, who was a good as one can play the position.

“We have to win out the league,”  said Rodgers, assessing the loss and its impact on his team’s place in the standings.  “I don’t think there’s pressure, it’s more a fact of reality.  The reality is you’re not going to be perfect every night at this level.  And on nights when you’re not perfect you’ve got to find a way to win.  It’s about finding a way when you’re a little off, and we haven’t done that yet.  And tonight we were obviously a little off.  There were a couple of loose cogs tonight.”

That’s all he had to say, and there wasn’t a lot more to be said.  Revenge came in green on Tuesday night, and individually…perfection came in the person of Carly Becker. 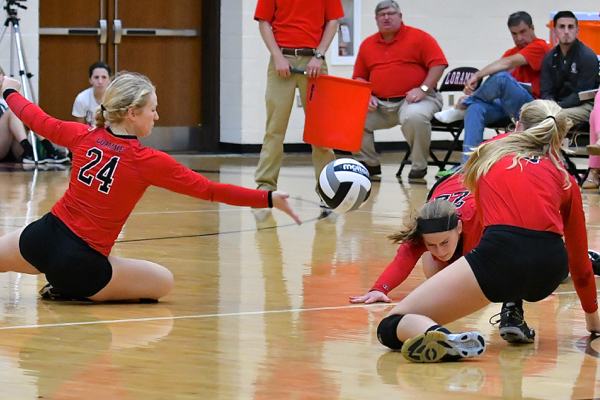 No Man’s Land…Loramie struggled throughout to get to perfectly placed shots by the Rockets. 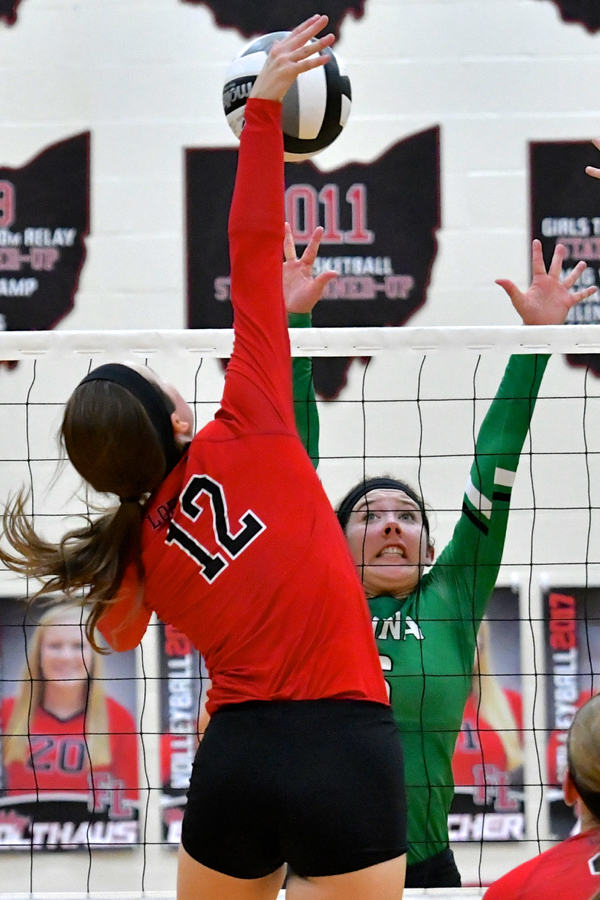