Prostate Awareness Month: An Important Choice For A Better Chance….

If you’re over 50, and your squeamish about prostate checkups, you gotta’ get over that.  Because the technology available now can not only find prostate cancer, but help you live with it for a long, long time. 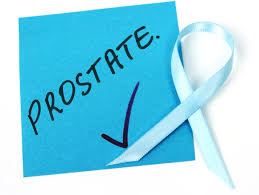 I had a prostate procedure done yesterday, my second, by Dr. Mike McClung of the Ohio State University School of Urology.

I’m gonna’ admit.  It wasn’t as cool as pitching a three-hit shutout.  But it wasn’t as bad as giving up a three-run homer, either.

In fact, except for a couple of needles and the sound of the procedure as it’s going on…I’d give it a B+ relative to some other medical issues I’ve had in my life – like Chicken Pox when you’re 35.  UGH!

I pay a lot of attention to prostate health because of my family history.  My dad had prostate cancer.  At least half of his eight brothers had it.  And their father, my grandfather, died with it, so yes…I’ve paid a lot of attention since I turned 50, a few years ago.  I had a procedure similar to yesterday’s done about five years ago and at that time they actually identified an enzyme in my system that will one day manifest itself as prostate cancer.

“But we can tell by the samples now as to what form of the disease you’ll have eventually, if at all, and what to do about it well ahead of any abnormalities,”  says Dr. McClung.  “If we can have early detection our chances for saving someone’s life are incredibly high.”

The actual percentages are in the 90s, actually, but the key to that kind of success is early detection.  Get up, go, put your pride aside, and at least get the PSA test (a simple blood draw) and the digital exam that your family doctor can do in his office.

But if you’re more conscious about it, as I am, I recommend by all means that you ask about the PSA enzyme screening (I think that’s what it’s called), for one piece of mind or another.  It feels pretty good to know that if you’re the one in six that will eventually get cancer…or one of the five that won’t…you’re well ahead of the game.

Even better, it really feels good to know that if they find something early, before you have serious consequences, they can do something about it.

I’m writing this because I really like the work of Dr. McClung, who’s leaving OSU soon to go into private practice in Columbus, and to share that if you’re a man you can’t have a better relationship than with someone of his expertise.

And, I’m writing it now because September is National Prostate Cancer Awareness Month, and a very good time to take control of your future, and your life…while you can.  And I’m also saying to take this information and ask for yourself about clarification of terms and procedures.  I’m no doctor.

It’s not a bad choice to make…for a better chance at life.