Everyone’s Right To Worry About Football….

Another season, another reason to be concerned by what we don’t know about football.  Is it a good thing gone bad, as some who played the game believe…and are now saying?

There was a story in a recent New York Times that focused on the life, the football career, and now the opinions of former NFL lineman Ed Cunningham, who recently announced he would quit his job as a broadcaster for college football.  Cunningham frequently paired with Mike Patrick for broadcasts on ABC and ESPN.

The reason he’s quitting?  Concern over the safety of playing football, and the increasing incidents of what he calls ‘severe’ injuries.

Cunningham, if you scoff, has an impressive pedigree.  He played at the University of Washington and was a member of the Huskies’ 1991 national championship team.

He then played for five seasons as an offensive lineman in the NFL.

For the past decade he’s been in the booth, where he says what he sees is something he no longer has the stomach for, even as one who’s loved the game of football for his entire life.

“But in its current state, there are some real dangers: broken limbs, wear and tear,” Cunningham said. “But the real crux of this is that I just don’t think the game is safe for the brain. To me, it’s unacceptable.”

Which, even coming from a football lifer, is totally unacceptable to the rank-and-filer who salivates for the weekend, the routine, the pageantry, and the highlight hits.  It’s repugnant for anyone to question.  Anyone critical of football is a sign that the “wussification of America”, like an apocalypse, that is surely upon us.

He (Cunningham) says he’s grown weary of seeing players carted from the field without ceremony, as he shared last week in a story by Paul Daugherty of the Cincinnati Enquirer.  And in his New York Times story he admits, “I just can’t stand watching the big hits anymore.  I used to go nuts, but now I sit there and hope they just get up.”

And, “I’m particularly concerned about the effect on the brain.  I’ve even had teammates kill themselves just so people could study their brain after they’re gone (Dave Duerson, with the Phoenix Cardinals). 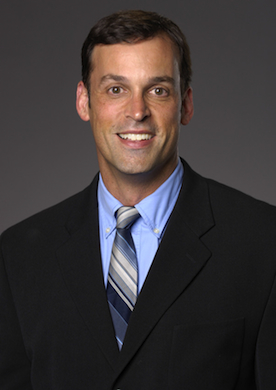 “This is as personal as it gets. It’s not a hypothesis anymore.” –  Ed Cunningham

“This is as personal as it gets,”  he shares.  “It’s not a hypothesis anymore.”

Cunningham’s story makes for compelling, even chilling reading, because he’s lived that which now fears.  And if you’re one of those who believes that the topic just makes for more sensationalized journalism from people like me – or “fake” news – if you don’t read anything better today you might go to this link and read more of Ed Cunningham’s opinion in the New York Times (http://nyti.ms/2eNeYuW).   Just copy and paste.

“I just can’t be a cheerleader for the sport anymore,”  he concludes.  “It’s just too personal to me now.”

While it is a wonderful game, Cunningham joins the growing list of educated people who now openly ask, that as bodies get bigger, faster, and hits get more violent…just how much can any human body withstand?  And for how long?

“I just tired of coming back from a commercial break and saying that guy with the broken leg is gone, and it’s just third-and-8,”  he concludes, as if it’s to be accepted as the natural by-product of the game.  “This has become an ethical concern to me.”

I repeat, this will not be a popular read for many, or even some.  And I point out, that I, like most of you, have been a fan of football for life.  But this time it’s not my words.  Their the words of a footballer turned cautious.

If it was a cure for cancer that Ed Cunningham was talking about they’d be standing in line to know more.

But it’s just a game, and there should be nothing wrong with anyone’s right to worry…or at least be concerned.

"I used to go nuts, but now I sit there and hope they just get up." says former ESPN analyst Ed Cunningham. (Press Pros File Photos)