It was slam-bam…wham…volleyball, and frankly sounded like something you’d hear in Russia’s gym come January.  The Raiders won in a heart-stopper over Anna Tuesday in Shelby County League action.

Actually, it’s a little claustrophobic.  It’s loud.  A little chummy (you get to know the person you sit beside all too well).  And it’s the absolute essence of atmosphere for Shelby County League basketball in the winter, where the Russia Raiders do quite well, thank you.

So imagine that same atmosphere, with a few less people, Tuesday night when the Anna Rockets (3-2) came to play Russia (4-2) in volleyball.  They like their volleyball in Anna;  and they like anything competitive at Russia, so the age demographic was represented from ages four months to more than a few octogenarians.

They got what they came for.

In a thrilling five-game match Anna took the first game 25-16, Russia took the second 25-22, Anna came back to claim the third 25-23, while Russia grimly hung on to win 25-16 in the fourth…to set up a less-than-imagined finale, and one not slightly impacted by the officials, in which Russia blew out Anna, 15-4.

It was physical?  Yes, in the context of a lot of skinned elbows and knees from diving after balls before they could touch the court.  They call that a “dig” in volleyball, and most of them come with a bruise, standard equipment.

Russia was led by Laurissa Poling, who caught the spirit of the thing early and never let up, driving one “kill” after another (19 of ’em) over the net with endless energy. 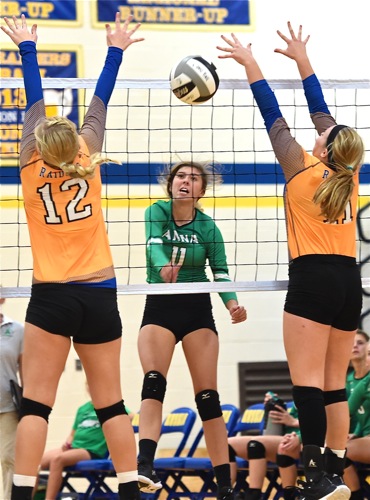 Anna’s Macy Wiktorowski drives the ball between a pair of Russia defenders.

“She was something,”  said coach Aaron Watkins.  “We went to her all night, and there in the fifth game I told our setter, Jenna Cordonnier, to feed her the ball because Anna couldn’t stop her.  They just couldn’t.”

And for the sake of momentum, and what it means to the standing of the Shelby County League, it was a big a win in Watkins’ short tenure at Russia as he’s had, given the atmosphere.

“No question,”  he smiled, and a bit moist from his own youthful exuberance on the sideline.  Watkins is a very engaged coach, emotionally.  “I don’t think I’ve had a bigger win this early.  A big league win early that puts us up there in first place with Loramie, and definitely we haven’t had a more exciting game.”

For Anna, there was no less a contribution from their ‘big two’ on this night – setter Lexi Wells, a 5’6″ junior…and Emma Meyer, a 6′ junior middle hitter, who matched Russia’s Poling for her ability to drive the ball through the Raider defense and often ricocheting of “defenseless” subjects that found themselves in the way.

“Lexi never gave up all night, and did everything she could do to help us win,”  said assistant coach Julie McIntyre.  “And Emma absolutely puts the ball away.  She has some heat on it,”  McIntyre added with a grin. 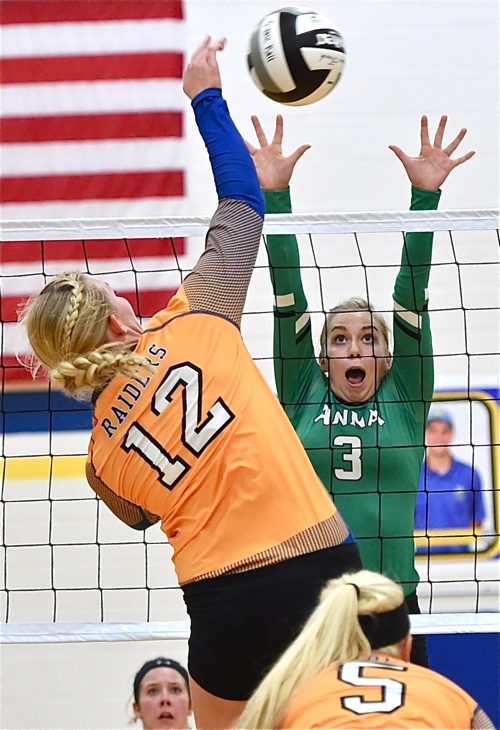 But for the second week in a row the game was impacted negatively by a stoppage of play before the final game, by the officials, who took a full ten minutes to determine that Anna could not have two liberos with the same #1 jersey, even though starter Carly Becker had left the game in the second game with a sprained ankle.  The stoppage dragged on so long…it cost both teams momentum, and in Anna’s case, any chance for regaining a competitive edge.

“There’s no doubt about it…it was an absolute train wreck,”  said McIntyre, clearly frustrated by the officials’ inability to sort things out.  “But it happens, and you just need to correct it and move on.  And I think he (the official) innocently told us the wrong thing and it cost us our momentum.”

“It was unfortunate,”  echoed Watkins, who expressed his own concern for loss of edge during the wait.  “I was worried about our own momentum.  We were pumped up, we had just won the fourth game, and then you have to wait like that.  Fortunately, we jumped right on them in the last game.”

And that they did.  Russia took advantage of Anna’s cooling off to quickly run out to a 10-4 lead before closing out the match, 15-4.

Great match, great atmosphere, and a very satisfying win for Watkins and the Raiders, who combined air-tight defense with the ability to extend points through simple physical sacrifice.  Call it the Tuesday night knockabout…in Russia! 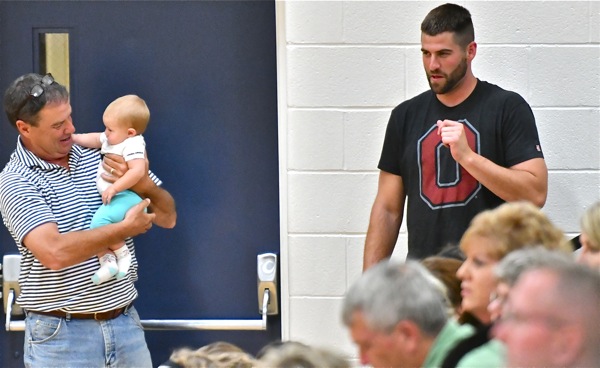 Nervous Dad?…Perhaps. With toddler Madelyn Harr, but not to worry. It’s been three years since I’ve dropped a baby! 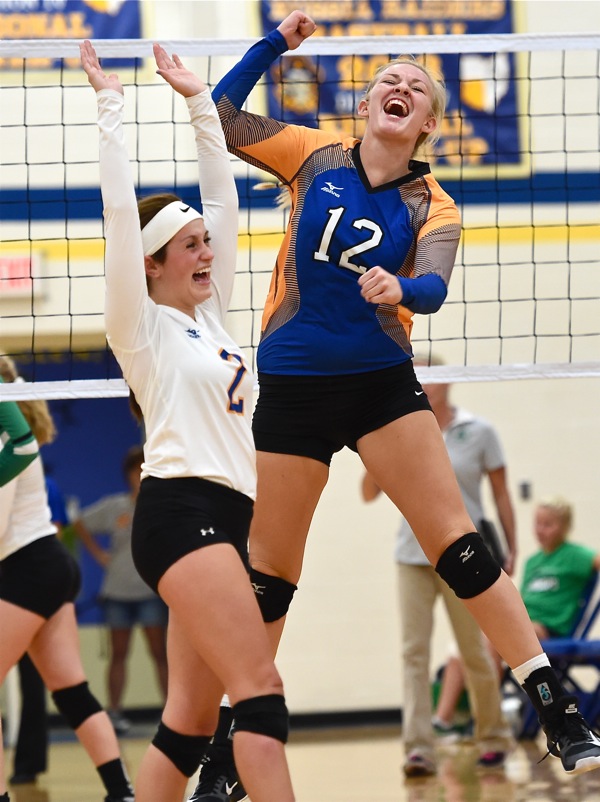