Keeping Up With Jones … And The Cardinals

She’s the MVP of the AAU National Volleyball Championships in her division.  Now, Paige Jones is intent on leading the New Bremen Cardinals to the first MAC championship in eight years.

After all, she’s having quite a banner year herself.

In June, Jones and her Elite VBTC (Volleyball Training Center) Black team won the 17-Under Premier division national championship at the 44th Junior National Volleyball Championships in Florida. It’s an impressive feat considering the list of volleyball players at the tournament read like a Who’s Who of major college recruits.

By the end of the tournament Jones had fans, coaches and players alike watching her and asking whose that? The answer – the MVP of the AAU National Volleyball Championships in her division. Her Elite team went 13-0 and dropped just four sets during the four-day tournament.

More than 2,400 teams, 40,000 spectators and 500 college coaches attend the tournament, which is designated by the Guinness Book of World Records as the largest volleyball event in the world.

“Those were some of the best girls in the country,” Jones said. “It’s amazing knowing the people that chose me to be MVP thought I was one of the top people compared to girls going to major colleges.”

Now that she’s bested the top teams in the country, Jones and her Cardinals teammates are ready to take on Ohio. And what better place to do it than in the Midwest Athletic Conference. The league has won 16 volleyball state championships and placed at least one team in the state semifinals 28 of the past 32 seasons.

The Cardinals were nearly that team last season. New Bremen, which finished third in the MAC standings, reached the Division IV regional final before falling to eventual state champion Jackson Center in three sets (25-22, 25-18, 25-16). The Cardinals finished the season 23-4 and 7-2 in the MAC.

It was the Cardinals best season since winning the MAC in 2008. As for Jones, she killed it, too.

The 6-foot-1 standout  and two-time MAC MVP established an OHSAA state record for kills in a season with 785, also fifth most in the nation. Kristen Osborn of Heartland Christian School held the previous record with 650 in 2014.

Jones set a state record with 53 kills in a match against Fort Loramie. Her 48 kills against Versailles and 44 kills against Jackson Center (coming in consecutive games) ranks No. 3 and tied for No. 6 in the state record book, too.

“I had no idea, honestly,” Jones said of her 53-kill game last season. “I was just playing. My coach texted me after the game. I was like, Oh wow I didn’t know I swung that many times. It’s an amazing accomplishment, but I had no idea what those records were.”

Chances are Jones won’t approach her same numbers again this season. And that’s a good thing. The Cards are young but talented meaning they won’t have to rely so much on Jones.

“She is very grateful for her teammates. She knows she can’t do it by herself,” New Bremen coach Diana Kramer said. “She’s extremely humble yet very competitive. She’s able to make her teammates better, and actually her teammates make her better. Her teammates challenge her and put a lot of pressure on her as do her coaches and parents. There’s high expectations. It should be fun.”

While Jones enjoys the support of her teammates, her two favorite Cardinals have already graduated. She grew up watching older sisters Taylor and Karli play volleyball. Taylor – a member of that 2008 MAC title team – played Division I at Maryland for two years and finished at Duquesne. Karli is preparing to play her senior season at Indiana Tech.

Paige Jones will play college volleyball with a scholarship to the University of Michigan.

“I knew I wanted to be just like them,” said Jones.

And she is … for the most part. Jones will also play college volleyball with a scholarship to the University of Michigan. But while her sisters are both setters, Jones is a powerful outside hitter with pin-point accuracy. She’s also 6-1. Her sisters are about 5-7.

“I think a lot of (her love for volleyball) comes from having older sisters and living in a gym,” said Jones’ mother, Staci. “She’s been going to club volleyball tournaments since she was born. From a young age this is what we did. … She does some things on the court and I’m thinking where’d she get that? She has God-given talent. They’re all athletic and can play, she got blessed with the size. She does some things and I don’t know how she did it.”

“When Taylor broke it I said it’s about time because it’s been way too long,” Staci Jones said. “It’s neat when your kid does it.”

Athletics isn’t the only place it’s tough keeping up Jones. The senior’s list of extracurricular activities is nearly as long as her volleyball accolades. She’s a member of the National Honor Society with a 3.86 GPA. She’s on Student Council. She volunteers in soup kitchens and reads to children at the local library. She helps with volleyball camps at the YMCA.

She’s a member of the Fellowship of Christian Athletes and the St. Paul UCC youth group. She’s on the Student District Leadership team and attended a Hugh O’Brian Youth Leadership camp. It was there she volunteered for a group that socializes with nursing home residents, including painting their nails and doing their make-up.

“We could choose where we wanted to volunteer for the day. That’s the organization I chose,” Jones said. “I was there with two girls from New Knoxville. We were talking about this being a great thing we could take back to our community.”

The Auglaize County Glamour Gals gets together a couple times every other month as time allows to visit nursing homes.

“It’s definitely important to me. Our community gives so much to us it’s good to give back,” Jones said. “It’s so fun hearing the stories they have. Just hearing about all the adventures they had to go through. One lady told me to live while I can and can’t do things anymore.”

That’s where that MAC banner comes in. New Bremen’s MAC volleyball titles came in 2001 and 2008. For Jones and her teammates it’s been far too long for another.

“It’s definitely going to be hard with Coldwater, Marion and Versailles. It’ll be tough but I think we can do it,” Jones said. “In the past we’ve had teams win state that didn’t win the MAC, because the MAC is so difficult. It’s awesome playing in the MAC because the competition is fierce. It’s always is going to be fun.”

Kramer took over the New Bremen program last season after coaching at St. Henry, a stay that included a 2011 state championship and 2015 state runner-up finish. So she knows what a state contender looks like.

Kramer has four kids in the New Bremen school district and was teaching in the St. Henry district. She decided to make the teaching move to New Bremen but had no intention of coaching for at least a few years. Three months later she was hired as the Cardinals coach.

“As good of volleyball players they are, they’re even better kids off the court. That makes my job fun,” Kramer said. “The transition has been difficult at times because I graduated from St. Henry and I lived in St. Henry. But it’s been really, really good. … I remember coaching against (Paige) and thinking, ‘Gosh I just want this kid to graduate.’ Now that I’m on her side I never want her to graduate. I want to find some extra eligibility for her. She makes things look easy.” 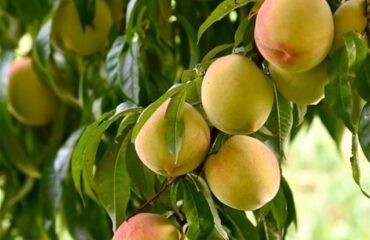 Thoughts On My Birthday….

On Memorial Day: With Age, A Different Perspective….