If You’ve Never Been To Michigan…Why Everything Is Blue

Observations from the school up north, with respects to those who live here, freeze here, and probably spend the majority of their lives…looking south.

Ann Arbor – The first thing I noticed at Ray Fisher Stadium yesterday afternoon…was that pale cast that everyone has with their skin.  Not much sunlight in Ann Arbor this time of year.  Tanning beds are probably another generation removed from the current culture.

Actually, it was so cold yesterday that I shook hands with a security guy in the dugout and I looked twice to see if he wasn’t a cadaver.  He was that cold, too.  Of course, blue is the dominant color on campus here ( I think I know why), and school colors are famously…maize (yellow) and blue.  I’m sure they picked that because everyone is always cold.  I don’t know why they bothered with yellow.  There’s nothing that bright here, or warm.  I noticed a Carhartt store near downtown has their spring clearance on ‘insulated’ bikinis this weekend.

I’m pretty sure, too, it’s the reason why Trump won Michigan last November.  He promised, among other things, to make America great again…and Michigan warm.

It is a beautiful campus, though, for the fact of its architecture.  In respect for its constant building it reminds you of Ohio State.  I’m pretty sure they keep an eye on each other for that reason, too.  Can’t afford for one to have something the other doesn’t.

As for the ballpark here, it’s very old…but it’s very nice.  The grandstands are ancient and I remembered them immediately from the one time I pitched here during my junior season at Ohio State.  I remember that day well because the wind was blowing out to center field, and blowing at gale force, at that.  I had an early lead, something like 3-0, and carried that into the fifth inning and the second time through the Michigan batting order.    It’s only 395 feet to center here and I left a pitch up that got sent out to center with a man on base.  I remember Barry Bonnell, our centerfielder, didn’t even turn around – the wind was blowing that hard.  Then there was an error, I gave up another hit, and then another fly ball that was, shall we say…gone with the wind.

By inning’s end I was the losing pitcher of record.  I’ve never since seen the wind blow harder and I remember feeling that same cold sense of dejection as I watched yesterday.  Sure enough, Jake Post’s last memory of the sixth inning was a wind-blown home run to center field by Michigan catcher Harrison Wenson.  Traditions die hard here.

My good friend Heath Murray pitched at Michigan and had a great career. They’ve preserved his memory, apparently, by putting his ‘initial’ on some of the more famous buildings.

Apparently, though, they really honor their stellar athletes at Michigan, especially their baseball players.  My good friend from Troy, Ohio, Heath Murray, pitched here prior to being drafted by the San Diego Padres and had a fantastic career.  He must have made a tremendous impression.  I noticed that they’ve put Heath’s initial “M” on some of the more iconic athletic structures, like Yost Field House, where the hockey team now plays.  Very neat!

Of course, with Ohio State here for the weekend no one at Michigan is talking about football, because they haven’t won a football game against Ohio State since the John Cooper days.  That security guard I mentioned was telling me yesterday about how many Rhodes Scholars they currently have in the football program.  Hmmmm!

And one last thing;  If you ever want to come here for a baseball, basketball, or football game…they’ve conveniently made it so that you simply take the exit off I-94 onto State Street and you’re right there.  It’s literally one-turn convenience – no winding through town.  Just pull over, park behind the first deserted building you see, and walk.

One could also make the point, of course, that the road runs both ways, making it easy for visitors and locals alike to get out of town once they’ve had enough.  All roads here lead south, where the sun is – warm weather – skin color and fashionable underwear.  I don’t have any more time to write, now.  I have to put on my Thinsulate and go to the ballpark.

Buckeyes Would Be Better Off With Cincinnati-less Big 12 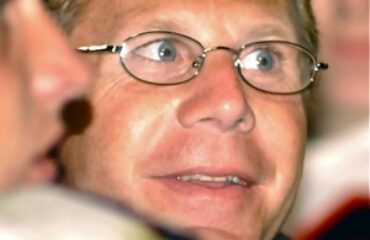 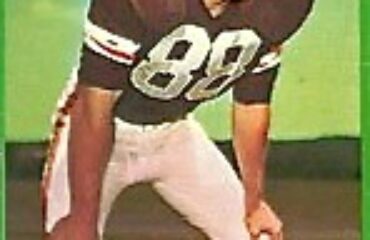 Thoughts On Why, Of All Things…We Hate For The Sake Of Football!