Statistically it was a mess. But a win’s a win when defense is the common denominator. Minster had just enough offense Tuesday to get by Marion Local.

Maria Stein – On the surface it would appear that Minster’s 46-32 win Thursday night over Marion Local was just another neat and tidy win for the state’s #3-ranked team in Division IV.

In a game dominated by defensive effort and energy – in a game punctuated by “smack”, literally – it at times was anything but neat and tidy. The Professional Rodeo Association would have liked parts of it.  At times it felt like calf roping.  But in basketball jargon…it was just plain “ragged” – ruff and tumble.

The Minster Wildcats, coached by Mike Wiss, probably get up in the morning and pay homage to some temple of “defense” in the tradition of scary old monks. They might wear crosses inscribed with “ball…you…man”. I don’t know.

But I do know that Wiss’s defense denied Marion Tuesday, holding the Flyers to just 12 of 45 from the field Thursday (26%), and for much of the first half they never broke 20 (%). They forced 23 turnovers and held the Flyers to just 3 for 14 from behind the arc. Usually in rough games you get to the line, but those same Flyers shot just four free throws for the night and hit three of them.  The problem seemed to be…they turned it over before they could get off a shot.

“It’s about mental and physical toughness, and to their credit I’ve got girls in that locker room that love it.”  –  Minster coach Mike Wiss

But Marion plays defense, too, and they “held” Minster to 43% (21 for 48), but a lot of those shots were off offensive rebounds.  And a lot of points came early in the game, and then late, when the thing was already decided. In between, Minster scored just 8 points in the third quarter. They didn’t hit a three-point shot all night and finished just 5 for 11 from the foul line (45%). And, like Marion, they had trouble possessing the basketball. They turned it over 19 times!

Credit Rosie Westerbeck, who survived (or persevered) enough to score 12 points for the Wildcats, now 16-1. And Lindsay Roetgerman, whose 6 points in the fourth quarter helped open what was a 10-point lead to something unapproachable.

But credit, too, the contribution of bench player, junior Taylor Kogge, who came in to score on 4 of 5 shooting from the field – and one in each quarter. Almost by instinct each of her four made shots came at points of the game that seemed to get Minster back on path again.

They led 14-6 after one, and 28-13 at the half, thanks in large part to defensive pressure that kept Marion looking up at the ceiling instead of for open teammates down the court.

“We tell ‘em that offense comes and goes,” said Wiss afterwards. “But you can always play defense.

“Look, we talked all week about Marion’s defense. We’re ranked in the state, and they’re not, but that it wouldn’t affect their effort. We knew we’d get that kind of effort tonight, the body contact, the physical nature of how they play. Balls got tipped and diving on the floor after them, that’s the kind of game it was. Twenty five years ago you never had that in girls basketball. But in today’s MAC that’s what girls basketball is now. It’s about mental and physical toughness, and to their credit I’ve got girls in that locker room that love it. They live it, they eat it, they drink it, and they welcome that kind of game. I just want us to play a little bit smarter.”

Marion didn’t allow for that much. And owing to Wiss wisdom about never giving in, they came out promptly in the third quarter and cut the lead to ten on a made three and five straight points by Sarah Fesenmyer.

Minster, it seemed, couldn’t score for turning it over, as well. A lone basket by Rosie Westerbeck, one by Ali Borgerding, and right on cue, one off the bench by Taylor Kogge. Minster scored just eight points for the quarter, while giving the ball away eleven times.

Fesenmyer set the table for Marion, but never got much service from her teammates. Chloe Bertke got the only other bucket of the quarter and Minster still led, 36-20.

Yes, Marion did outscore the ‘Cats in the fourth, 12-10, but ragged play catches up with you eventually. Not enough gas left in the tank, they say. Fesenmyer did connect on another three-pointer, but missed two more; and Macey Griesdorn missed three from behind the arc – just not enough legs left to finish her shot.

…And then Griesdorn hounds Prenger down the court in transition.

Little things help you win tough games, and sometimes it’s just a few productive minutes off the bench that allows the starters to rest and regroup. Such was the play of Taylor Kogge.

“I just try to play up to the expectation of the other girls,” said Kogge. “They’re great players. I knew at the beginning of the season that I’d be coming off the bench and I said to myself that I’d be that person that gave our team some momentum. We’ve got great players and when we have to sub I’m going to help them out.”

The loss drops Marion to 9-9, and below the expectation of a group that never lacks for competitive zeal, win or lose. They always play hard for coach Beth Streib.

“I was pleased with our defense, for Prenger, Westerbeck, and the other guards when they drove the ball,” said Streib. “I wanted us to play physical and hard, and we did that. They laid it all out there.

“As far as offense goes, we just have to work to get better shots. Minster plays with great pressure and it makes you rush to take shots. That’s a credit to their good defense. We did a little better in the second half, but against a team that good you just have to play with confidence and stick more of those shots in.”

Rosie Westerbeck scored 12, Lindsay Roetgerman had 10, and Taylor Kogge’s 8 points were highlights as it turned out – enough offense to win.

And Sarah Fesenmyer will remember her 12 points, and Natalie Rethman her 8 for the Flyers, if for no other reason than for degree of difficulty. There wasn’t a made shot all night that didn’t have some kind of wart on it.

But Tuesday, in the words of Mike Wiss, was poster art for women’s basketball in the Midwest Athletic Conference. Leave everything you don’t want bruised, including your ego, on the bench.

Hal McCoy: UD’s Crutcher A Diamond On The Court 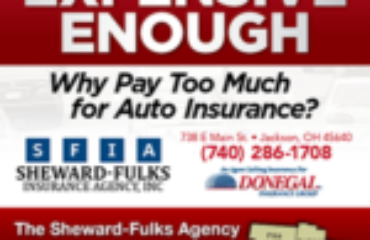 Ohio State Sneaks Away From Bucknell, 73-71