If You’re Talking Coach Of The Year….

It’s usually rhetoric when people talk accolades for coaches who’ve made a difference.  But we can make a lock-tite case for this half dozen and the impact they’ve had on area football in 2016.

I know it’s a ritual, and I also know that when people talk about “coach of the year” honors for a particular sport there’s not a small bit of fraternal bias involved.  Or in the respect of media…you pat the hand that feeds you.

My mother in law is fond of saying, “Them that has, gets.”  And there’s some truth to that, of course.  It follows that coaches who typically have the best players – or who inherit the best players in some cases – often end up being singled out as ‘coach of the year’.

Mind you, I have no issue with any kind of recognition for these men, because most of them do what they do for literally nothing, monetarily.  I can’t think of a high school football coach in Ohio that makes more than $5,000 annually for coaching, probably about a dollar and hour when you consider all the time spent.   They actually “do” do it for the love the game, and in the majority of cases, for love of the kids they coach.

But if you really do want to talk about those in this area who deserve “COTY” consideration for 2016, I have six candidates, some from familiar settings and some from out in left field, about which I will make the following cases for support of their work.  I’d be surprised if I’m alone.  In no particular order…..

Ty Cates has changed the game plan at Covington in short order…without changing their winning culture.

1)  Ty Cates (Covington)…Now the average reader will scoff at the mention of any coach from Covington being scrutinized for his impact – because Covington, like Coldwater and Marion, wins every year.  Seriously, in the past 25 seasons the Buccs have won exactly 81.3% of their games, including a spotty post-season record.  But Cates came in to replace Dave Miller last spring and completely turned the program upside-down.  He replaced option football with “spread” football.  He changed defenses.  But most of all, he changed the attitudes of some of the school’s best athletes about playing football.  Suddenly, skill position kids came out that had stayed away previously.  And as Cates’ offense fed them the football throughout the season they blossomed.  Attitudes about playing Covington changed, as well.  No longer can you stack the box to stop the run in the opening playoff game and send them home with a 10-1 record.  Now you have to account for an offense that can, and will, throw the ball 25 times a game.  Ty Cates is responsible for this, the most recent “pied piper” of football at Covington, a team that has always won, except when winning matters most.  And now they’re even looking at that historical fact with renewed perspective.  Anything goes now…at Covington.

2)  Ryan Jones (Troy Christian)…Five years ago they didn’t even play football at Troy Christian.  The once-powerful Eagles program (under Steve Hunsucker) had withered because of a lack of interest…and bodies.  Wither?  It went away altogether until they discovered what Joni Mitchell used to sing about.  You really don’t know what you’ve got til it’s gone.  They hired Steve Nolan away from retirement, who mentored the 22 or so faithful for the next three years…and then Ryan Jones, from Miami University, and here and there since, stepped in for Nolan when he retired again last spring.  Jones has taken them to the next step this year, achieving a #2 ranking in Division VII, Region 28, (behind Covington), and in Joni Mitchell terms, made that paved parking lot into football paradise again.  Who knows what the future holds?  But this guy can coach.

Bill Nees guided Piqua past the loss of its best player to a 7-2 record thus far.

3)  Bill Nees (Piqua)…Maybe you buy this one, maybe you don’t.  After all, everyone from Press Pros to JJ Huddle had the Indians picked in the pre-season to make an extended impact in the Division III picture for 2016.  That is, until Michigan State recruit Darien Tipp-Clemons broke his leg (or knee).  Devastating, when your best player on both sides of the ball is suddenly not there.  Kids begin to look left and right to see who’s gonna’ take up the slack.  And they’re kids, remember, so why be in a hurry?  At the time Bill Nees called it dealing with adversity…coach speak.  But given a couple of weeks to regroup, the venerable Nees has done just that.  “Sometimes you just figure out what the kids do best and let ’em do it,”  he said.  And that’s been the Indians story now for the past five weeks, outscoring opponents, 225-71, while slowly creeping back into the Div. III post-season hunt.  They’d still be better with Clemons, but sometimes it’s good to figure out what the coach does best and let him do it.  Until someone stops him, Bill Nees will find a way.

4)  Joel Derge (Tipp City)…Derge took over for Charlie Burgbacher last year and won the customary ten games, the CBC title, and even beat Piqua in the opening round of the playoffs.  What the….?  But that was then, and this is now in 2016 as the Red Devils threw off the security of beating up on Graham, Indian Lake and Ben Logan, and moved into the big boy ranks of the GWOC North…Troy, Piqua, and Sidney.  Despite some traditional one-dimensionality, they’ve done well, more than holding their own with an offense that features a relentless running game.  Derge is enthusiastic, he believes in what he’s doing, and like Al Hetrick used to do at Versailles (who needs to throw the ball?)…he believes that if he does it well enough nobody can stop it anyway.

5)  Brad Luthman (St. Henry)…One of the area’s youngest coaches when he took over for two-time state champion Jeff Starkey at St. Henry, Luthman is a disciple of Tim Goodwin at Marion Local and a former assistant for the 8-time champion Flyers.  He comes from good pedigree in that respect…and prior to that from the Al Hetrick school of winning as a player at Versailles.  He caught a down cycle of both size and quantity when he took the job at St. Henry.  The Redskins were no longer dressing 80, and there were no Jim Lacheys and Todd Boeckmans playing tackle and quarterback, respectively.  But he’s weathered the storm in three prior seasons to put the ‘Skins in a better winning scenario this year (6-3) that has them on the doorstep of making the post-season playoffs for the first time since Starkey left.  Another former St. Henry coach, Tim Boeckman, who has a few scalps (titles) under his own belt, simply says, “His best attribute is how well he teaches the game.”  And it does take time, a fact that’s on his side because the program will be further stocked in the future with talent and bigger numbers that are on the way.  Hail to the Redskins!

6)  Matt Burgbacher (Troy)…Finally, you cannot help but be impressed with the job the always-optimistic son of Charlie has done with a program that was reeling in the wake of Steve Nolan stepping down just five short years ago.  And admittedly, what he’s done this year portends to get even better as the future of the program looms with more traditional-looking Trojans waiting in the wings…more size, skill, and numbers.  I used the term pied piper earlier, which pretty well describes the impact Burgbacher has had on Troy football.  The kids like playing for him, they’ve bought in to his enthusiasm for competition, and most of all…they’ve taken pride in rebuilding a culture of football in Troy that had flagged in recent years.  It’s obvious…football matters again in Troy.  From 1-9 to 8-1 in just two years should be testament enough, but I really believe that the best is still a couple years away…if they quit wearing those red pants!  Rome, after all, to continue on the Trojan legacy, wasn’t built in a day.  But Caesar never met Matt Burgbacher, either.  I think he would have been a fan. 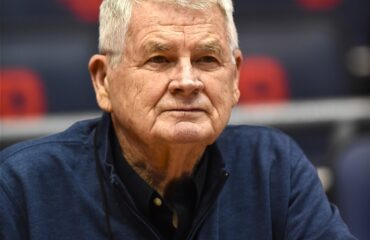 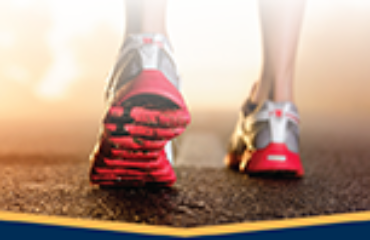 Our 2019 Girls Hoops Coach Of The Year…Back-To-Back, Mike Wiss 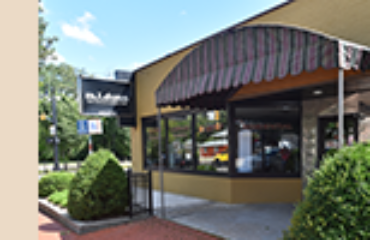 Two Small Issues…And How To ‘Save’ Baseball