Is HS Baseball Really More Trouble Than It’s Worth….?

The weather of the past three weeks would portend a change in season and the way we think about spring sports like baseball and softball.  But change comes hard when the prevailing opinion is that moving the season is simply too much trouble to benefit too few.

Those who have read this website for the past five years are no doubt familiar with my ongoing opinion about playing high school baseball and softball in the on-again, off-again spring weather of Ohio and other midwest states.

You’re no doubt familiar with my cynicism for those officials, local and state-wide, who refuse to move the baseball season to later in the spring, and even after graduation, to provide better and more equal playing conditions, relevant to those who play football and basketball.

You probably also know that I’ve listed an alternative model, as they have in the state of Iowa, where high school baseball for years has begun in May and concludes in July…because the people want it that way.  Somehow, in deference to local minds and thinking on the topic, Iowans think it actually FAIR and LOGICAL to give their kids the same competitive advantage in terms of playing conditions.  Baseball, they say, is just as important to those who play it…as football and basketball is to those who play those respective sports.

Ah, but we can’t do it here, I’m told…by officials of the OHSAA, by local school superintendents, athletic directors, principals, and coaches.  There’s only so many days on the calendar and there’s just too much to work in, come April and May.

Basketball starts, by the way in late November, plays 22 games, and concludes in mid-February…in about ten weeks.  Add another month for the state tournament process and you have a full three-month season.

Baseball and softball, on the other hand, begin in the last week of March, teams play an average of 25 games, and the tournament draw is the second week of May.  Squeeze all that into, oh, about six weeks.  You get the drift of this, don’t you?

Outside of Iowa, there have been other states out West to have experimented and abandoned the idea of a later season.  Iowa, at present, is the only only still playing summer high school baseball.  I’m told by some, in Illinois, Minnesota, and even South Dakota, that the fight to change minds and attitudes…was simply more trouble than it’s worth.

“We’ve talked about it here for years,” a school board member from Hanover, Minnesota told me last fall.  “But there’s just too much pressure from the football coaches, basketball coaches, hockey and other sports who share the same athletes.

“There’s too much inherent cost to play later, for buses, administration, and facilities.  We don’t have that many kids here who play baseball in contrast to the other sports, and those coaches want those players involved during spring and summer in the primary sports.  If you ask some people they’ll tell you…baseball is more trouble than its worth.”

And is that not a familiar, and convenient argument here in Ohio?  I cannot think otherwise, as I stood watching Lehman and Ridgemont play on Tuesday afternoon with 38 degree temps and 20 mile-per-hour wind.  Anyone who watched high school baseball last Saturday can trump those numbers, as the winds hit as high as 50 mph.  Monday’s game between Loramie and Russia concluded with the thermometer in my car reading…33 degrees!

And yet, to the kids who played the game it meant just as much as football did in the fall;  and as basketball did in winter.  I could not help but wonder…what if you asked them to play outside in January, with the cold and the wind, in shorts and sneakers?  You think someone would yell then?

In the meantime, we’ll play area high school baseball this weekend with temps forecast for Saturday in the high 30s to mid 40s.  Hamstrings will be pulled, arms will get sore, and frankly, no one but parents are going to brave those conditions to see it.  And the age-old adage, of course….that we’re doing this for the kids.  Are we really?

Or, is baseball simply more trouble than it’s worth? 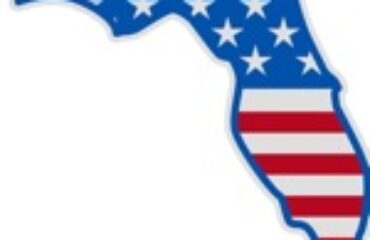 How Floridians (At Least One) Think About The Shootings…

Can Your Best College Team Beat The Browns…? 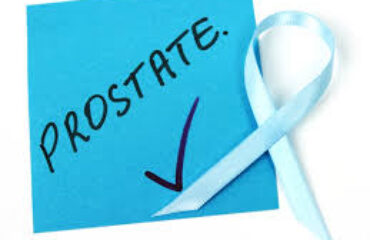 Prostate Awareness Month: An Important Choice For A Better Chance….