Lormamie’s, Siegel’s Win, One For The Book….

Loramie cruised to its 16th win of the season, and made history in the process. And guess what? The new leader in career wins has no intention of resting on her record.

Ft. Loramie – At some point in Carla Siegel’s 17-year tenure as head coach of the women’s basketball program at Ft. Loramie she surely has seen her share of 47-26 wins.  But if she did…none were as significant as Thursday’s decision over Shelby County League rival Jackson Center.

For this one was one for the books – a new record for career wins in basketball, girls and boys, at Loramie.  It was win number 340 for Siegel and it broke the mark of Siegel’s own coach, Jane Poeppelman, a mark she thought would never be matched, let alone broken.

As for the game itself, it looked like many other of the now 16 wins on the season for Siegel’s 17th edition.  The ‘Skins struggled offensively at the outset, and trailed 8-7 at the end of a quarter.

But thanks to a 15-4 spurt to start the second quarter, Loramie opened a lead they’d never relinquish;  extended it in the second half, and ultimately cruised to their 16th win against just 4 defeats.

“It took us a while to get going,”  said Boerger of her team’s win.  “But when we did it was our defense that turned things around.  On offense we had too many turnovers, but our defense was good enough.  Hopefully, we can keep that up.”

Hopefully, they can get some offensive consistency going, a puzzle to Siegel now this late in the season.

“Offensively, we struggle at times and we have to get Jess (Boerger) to understand that she needs to shoot.  She’s got to score for us.  She loves her teammates and she wants to distribute the ball, almost too much.  She looks to pass at times when she should be shooting.”

Jackson’s superior size inside made it very tough for Loramie to get points in the paint.

Jackson’s size underneath made it tough for Loramie to score early. The Tigers led 8-7 at the start of the second quarter.

“Our post play wasn’t every effective tonight because of their size inside,”  added Siegel.  “They’re so tall inside, 5’11” and 6’2″, and we just couldn’t get shots to fall.  But our defense has always been so good to us, under Jane when she coached and in my time here.  Tonight was another example of our defense winning a game for us.  We got a couple of steals, some transition baskets, and finally some easy points in the second half.”

To the point about her historic achievement, Carla Siegel blushed at the attention given her, and from the appreciation of the 300 people looking on from both Loramie and Jackson Center.  Assistant coach Phil Barhorst identified her as an “icon” in Loramie sports, in her 5th grade classroom, and in the community.

It took Jane Poeppelman 22 years to achieve the previous mark;  it took Siegel just 17 to top it.  She’s highly respectful for the opportunity given her to coach, and admits she never expected, even three years ago, that she would break her coach and mentor’s standard for longevity and coaching success.

“When I interviewed for the job 17 years ago, and got the job, I thought if I could last ten years I’d probably be doing pretty good. Now, at 17 years, it’s hard to believe.  Three years ago people were asking me about getting Jane’s record and I told them it would never happen.  I guess for some reason I thought it was higher.  I just never thought about it.

“But it’s important to remember that for some of years she (Poeppelman) only played ten games.  She didn’t go as far in the tournament, and recently we’ve been playing 30 games a season with our tournament success.  There’s different athletes today…everything is different.  It’s apples and oranges when you compare what I’ve done to what she did.  But it’s huge milestone and I guess when you coach long enough you can get a lot of milestones.”

Carla Siegel is by no means nearing the end of her teaching and coaching career.  There’s no thoughts of retirement.  She’s young enough, energetic enough, and competitive enough to look ahead to more great athletes and the yearly motivation of Loramie’s anticipated tournament success.

She’s averaged 20 wins per season for her 17 years, and given good health and another 17 years, she could easily establish a mark that no one will ever approach…at Loramie or another Shelby County League school.  Coaches just don’t stay at one school that long anymore.  In his post-game recognition words, assistant coach Phil Barhorst called her…a community “icon”!

“I don’t know how much longer I have.  No one really does,”  she says.  “I’ve enjoyed my 17 years.  If I can get more years out of it, that’s fine.  That’s what I tell people when they ask.  They laugh and tell me that I’ll still be coaching in ten years, that I’m now the old veteran.  The average coach in the Shelby County League has been at it for two or three years.

She appreciated the moment with friends afterwards, but those who know her know her mind was on anything but milestones and recognition.  As she walked out into another cold February night, her thoughts were on the next game…at Houston, come Saturday.

Jackson Center, and the record, were behind her.  Her legacy was in the book.

Carla Siegel’s coaching legacy at Loramie is now an iconic part of  local culture.  “I’ll continue to coach as long as it’s fun to walk into the gym for practice,”  she says.

Dan Hegemier: The Present, And Reflections On The Past 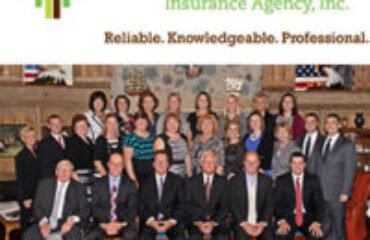